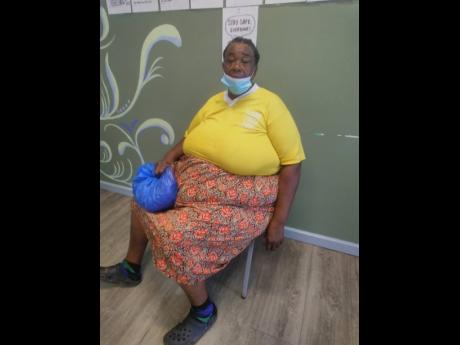 The security guard who allegedly used a piece of wood to beat a vendor at the Charles Gordon Market in Montego Bay, St James, last Thursday has turned himself in at the Freeport Police Station in the western city.

Winston Josephs, who is employed to Guardsman Ltd, has been charged with assault.

Pauline Higgins of Cambridge, St James, said she was forced to seek medical attention after allegedly suffering bruises to her thighs.

George Overton, communications manager at Guardsman, said on Tuesday that he has been fully briefed on the matter but declined to discuss the allegations because it was now a police matter.

Higgins’ son, who requested that his name not be published, told The Gleaner that he and his sister accompanied Higgins to the Freeport Police Station on Monday after Josephs had surrendered to the police.

The accused reportedly pointed him out in an identification parade.

As she awaited treatment at a medical facility in Montego Bay on Saturday, Higgins told The Gleaner said she was beaten shortly after 10 p.m. while she was packing away her goods.

“I was in the market packing up mi things fi leave when mi see the Guardsman security guard come up and say mi fi leave the market,” recalled Higgins.

“I told him that I don’t have any cart to push away my goods, so I am waiting on a cart. Him say don’t make him come back come see mi inna the market.”

“First, him gi mi three lick outa it pon mi leg, wale up the whole a it, and then him lick offa mi face, but mi take up mi bench and block it … ,” she said further.

On Monday, Montego Bay Mayor Leeroy Williams ordered an investigation into the incident.