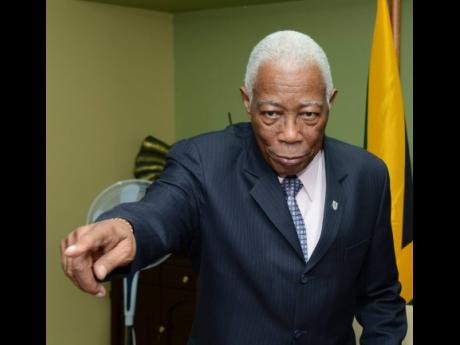 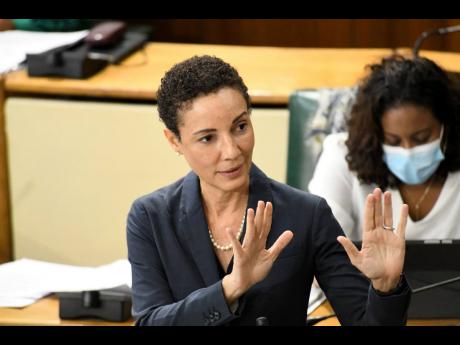 Two days after former foreign affairs minister A.J. Nicholson called out the country’s current chief diplomat Kamina Johnson Smith for allegedly fabricating harassment claims, emails apparently in support of her allegations against him were made public after she was challenged to produce evidence.

But Nicholson expressed sadness that the contents of the emails released could have been used to accuse him of harassment in any discussion about gender-based violence.

“I could never be seeking to harass or threaten the senator and copy Minister (Edmund) Bartlett, who would know why I would be copying him. But the emails speak for themselves. They don’t lie.

“I would wish to say no more at this juncture, except that a person who has been placed in that kind of leadership position in our country should never be so unkind … ,” Nicholson said in written comments to The Gleaner on Tuesday.

Attempts to contact Johnson Smith on Tuesday were unsuccessful.

Johnson Smith, in the Senate on Friday, named Nicholson as the People’s National Party (PNP) member who sent her emails which she claimed caused her to feel threatened. She reported the matter to the police, who she said informed her that a cybercrime may have been committed.

She also told the Senate she would not enter a public debate on the matter and said the PNP, if they choose, should release the emails.

But the merits of Johnson Smith’s allegations will in the coming days be weighed against the counterclaims of Nicholson that the context of the email’s riposte was regarding the then Opposition’s embrace of a Jamaican convicted on sexual offences in Qatar and who was deported here.

Nationwide News Network published on Tuesday the email purportedly sent by Nicholson at 5:24 a.m. on September 23, 2018.

“There is, by every measure, a recognisable coincidence of approach to RAPE (real rape) that ghastly characterises the thinking of leadership in BOTH the White House and Jamaica House: Victims are liars!!!” the email read.

“The Red Carpet has been spread for perpetrators by today’s occupants of both Governance Houses.”

The correspondence later continues: “Rape is causing unusual havoc and turmoil in both capitals, though notably on totally different fronts, and with devastating outcomes.”

During a radio discussion on Tuesday with Beyond the Headlines host Dionne Jackson Miller, deputy leader of opposition business in the Senate, Donna Scott-Mottley, expressed surprise that the former minister, a lawyer and former attorney general, would seek to threaten or harass the then opposition senator and copy it to her colleague lawmaker.

Scott-Mottley also said she was not disparaging of Johnson Smith’s feelings on the issue, as they have both worked together on important legislative matters.

She told the programme’s host that she was unable to comment on the latest email released because she did not peruse it properly.