No tears for grandson killed by police brother, says grandma 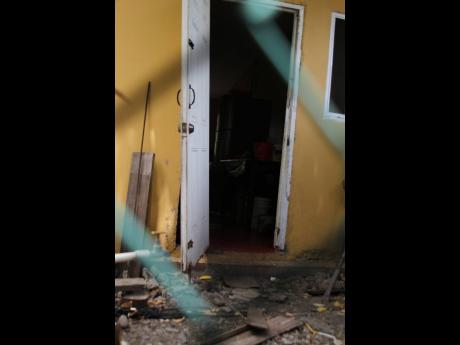 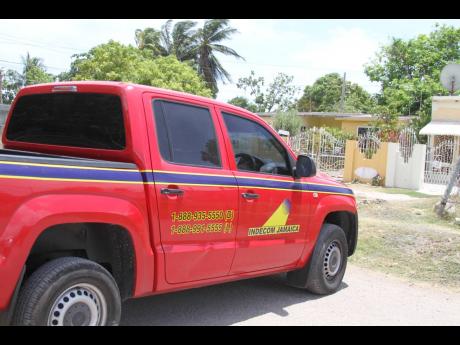 Nathaniel Stewart/Photographer
Personnel from the Independent Commission of Investigations processed the scene yesterday after a man was reportedly shot dead by his brother, a police officer, in Lionel Town, Clarendon.
1
2

A man accused of being abusive and threatening was shot dead, allegedly by his cop brother, as a bubbling family dispute reached a fatal crescendo in Lionel Town, Clarendon, yesterday. Dead is 29-year-old Alrick Williams, a labourer of Lionel Town...

A man accused of being abusive and threatening was shot dead, allegedly by his cop brother, as a bubbling family dispute reached a fatal crescendo in Lionel Town, Clarendon, yesterday.

Dead is 29-year-old Alrick Williams, a labourer of Lionel Town, who relatives told The Gleaner was shot by his brother, whom he had attacked.

According to them, Williams had physically attacked a cousin on Saturday and had a history of verbally abusing his grandmother, with whom he lived, and even threatened to physically attack her.

It was on this basis that his older brother reportedly visited the family home yesterday and asked him to leave.

Williams reportedly refused to leave and the dispute escalated after the brother began to remove Williams’ belongings from the house, his grandmother, Florabel Williams, told The Gleaner.

According to the elderly woman, Williams refused to leave the premises and an argument ensued, after which he allegedly used a metal pipe to attack his older brother, who subsequently shot him as the final act unfolded about 8 a.m..

The grandmother painted a grim picture of her grandson, saying she would be shedding no tears over his demise.

“When him say anything and me say me don’t like it, him turn pan me and him class me worse than dog. Not a tear cyaa shed fi him! None!” she said.

She disclosed that Williams had returned to live with her some years ago after his release from a boys’ home, a decision now she regrets.

“Everybody say me shouldn’t make him come back a me yard, but a me blood, but him fi come and behave but [him] nuh have no behaviour,” she said. “A devil from hell that.”

Williams’ cousin, whom he allegedly attacked and injured on Saturday, said his death could have been avoided had he listened to his older brother.

“If only Al did listen ... . A talk him brother a talk to him, enuh. Him never come to him with no war,” she said, adding that his constant disrespect towards his grandmother had caused her undue heartache.

“Mama grow nuff a we and none a we never disrespect we grandmother yet. All lick him offer Mama. From him come deh, Mama yard nuh in a peace none at all. Him diss Mama too much and anything come a him mouth him tell Mama,” she said.

Personnel from the Independent Commission of Investigations visited the home on Monday.