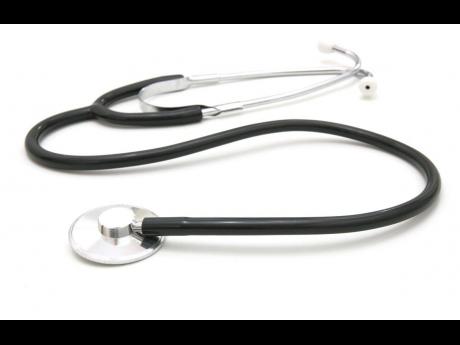 File
Morris quickly appealed the judge’s February 2020 ruling asking for that order to be set aside and for costs in both courts to be awarded to him.

The Court of Appeal has thrown out an appeal brought by a general surgeon who was seeking to have his legal bill of approximately $780,000 paid by a patient who had sued him and the State, after a medical instrument was mistakenly left inside his abdomen during an operation at May Pen Hospital 12 years ago.

A crile artery forceps, a scissors-like tool used to clamp blood vessels or tissue before cauterisation or ligation, had been left inside the body of Troy Campbell but was removed eight days later.

Campbell, who, as a result, had experienced several serious complications, initiated a negligence claim in 2014 against the appellant, Dr Conrad Morris; his colleague, Dr Percival Duke; Audia Elliston, the operating theatre nurse who was responsible for counting the surgical tools used in the operation, as well as the attorney general.

But the claim was discontinued after he settled with the Government for $3.6 million in September 2018.

However, Campbell was forced to file a second claim in November asking for the court’s declaration that he was not liable for the defendant’s cost after Morris served him with a bill of cost to recover his legal fees.

That claim went before Supreme Court Justice Yvonne Brown, who ruled that Campbell was not liable for costs to the defendants and awarded him costs, which were to be taxed, if agreed.

The judge also ruled that Morris’ taxation request was no longer material in light of the ruling.

Morris quickly appealed the judge’s February 2020 ruling asking for that order to be set aside and for costs in both courts to be awarded to him. The surgeon also asked the court not to make any order on costs if he was unsuccessful in having the ruling set aside.

Among the grounds on which Morris had appealed were that the judge had erred in finding that there was a material change in circumstances that had warranted the court departing from the standard position.

But the high court judges, in their judgment, which was released on Friday, affirmed the lower court’s ruling and awarded costs to Campbell.

The Supreme Court judge said that the settlement of the initial claim constituted a material change of circumstances that entitled the court to depart from the standard rule in the Civil Procedures Rules.

Justice Brown also found that Morris had been aware of the settlement discussions between Campbell and the attorney general for two years and could have requested to participate in them. Brown also said Morris could have approached the court to have the notice of discontinuance set aside.

Among the judge’s consideration was also that the attorney general was Morris’ “statutorily appointed legal representative” who was acting on his behalf, although he had retained an independent lawyer.

The Court of Appeal panel, which consisted of Justices Marcia Dunbar Green, Viviene Harris, and Marva McDonald-Bishop, concluded that Justice Brown had adopted the proper approach in arriving at her decision and had also exhibited a clear understanding of the relevant legal principles.

“Her discretion, in all the circumstances, in my view, was “exercised judicially” and there is nothing to warrant the interference of this court with her decision,” they said.