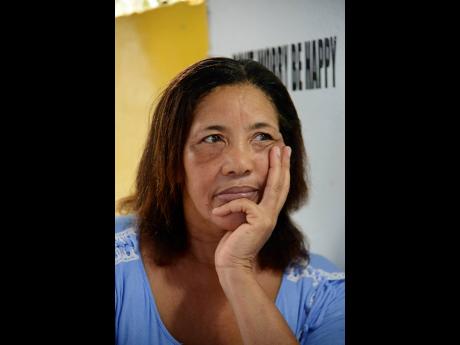 The decision from Thursday’s disciplinary hearing involving Karen Cross will be submitted to the People’s National Party’s (PNP) executive within a week, says attorney-at-law Stacey Knight, chairperson of the party’s disciplinary panel.

According to Knight, the three-member panel met in the absence of Cross, who refused to participate, contending that she would not partake in the disciplinary hearing until Dr Dayton Campbell, against whom she has made a number of allegations, steps aside as the party’s general secretary.

Cross was summoned to answer to the charge of bringing the PNP into disrepute.

“Comrade Karen Cross appeared before the members of the panel, but, just as the hearing was about to be officially called to order, she indicated that she did not intend to participate in the actual hearing and left,” Knight told The Gleaner. “The objective of the hearing was to look into her conduct, but she said she did not feel that she had anything to answer to.”

“Our decision will be communicated to the executive as recommendations, and they will carry out actions as they see fit,” said Knight, noting that Cross could be fined, suspended or expelled, depending on the route the party’s executive decides to take.

When The Gleaner contacted Cross, she made it clear that she would not entertain any discussion with the disciplinary panel until the party’s established structure was followed.

“I did not go there to attend a hearing,” Cross said. “I went there, waited until all the members of the party were present, and handed each a file containing my first communication with the party about this matter. I told them that I would not be sitting down for a hearing, I just came to personally hand these things to them, wished them a good day, and left.”

Cross says that her refusal to participate in the hearing is based on the fact that Campbell, who is a medical doctor by profession, still remains in one of the most influential positions in the organisation, and gave the assurance that, once the proper protocol is observed, she would be ready to talk.

Campbell has taken Cross to court, claiming that her allegations are untrue and defamatory.