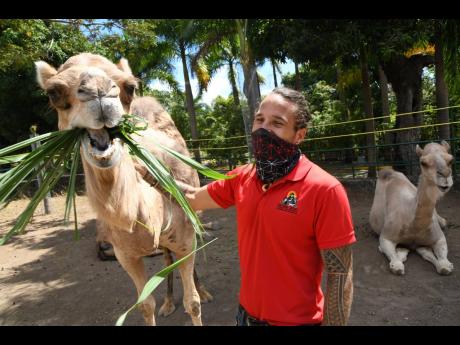 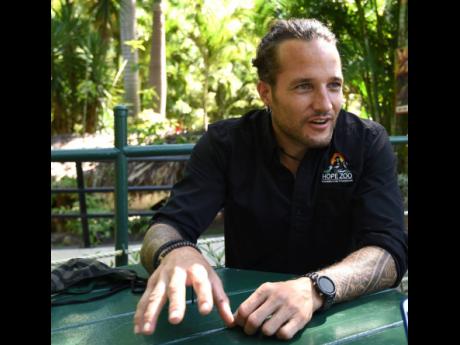 Kenyon Hemans/Photographer
Joey Brown says that Hope Zoo has had to make staff cuts in order to sustain the facility. 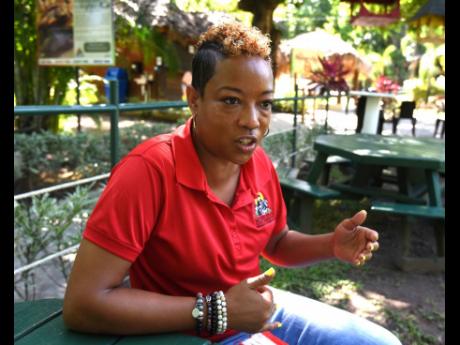 Hope Zoo, Jamaica’s primary wildlife park, is facing possible closure because of a slump in revenues.

The shutdown could force administrators to find new homes for its approximately 1,100 animals.

The Ministry of Agriculture, which helped fund the zoo in previous years, has withdrawn its support since December 2020, zoo officials have revealed.

“We used to get funding from the Government throughout the years, but I guess over time, they’ve dried up, and unfortunately,we haven’t received funding from them,” said Zoo, Marketing and Events Coordinator Patrice Levy.

The Kingston zoo’s five grounds spaces hosted weddings, corporate events, parties, and baby showers. Many of those events were staged at night-time when the zoo was closed.

That has left a yawning gap to cover the approximately $1 million monthly food bill for the animals, including $200,000-$300,000 to fill the stomachs of the two lions – Lucas and Jasmine.

“It’s been a struggle since the pandemic because as you know, we are not allowed to have any of those,”said Levy during a tour of the facility on Wednesday.

The income woes associated with the pandemic have also led to the slashing of staff costs.

The Zookeeping Department has been cut to 12 employees and Events has dwindled to one person.

Forty per cent of the zoo’s staff were laid off within the first six months of the pandemic, which first emerged in Jamaica in March 2020. Hope Zoo has also had to borrow for payroll obligations and cut back on work hours.

The Education Department has been shuttered because school and zoo tours have been restricted.

That’s a big blow to the awareness campaign that is a major part of the zoo’s advocacy, which focuses heavily on nature education, wildlife conservation, and recycling.

Pepsi-Cola is the national sponsor of the zoo, with PriceSmart also chipping in with donations.

“We’ve had to be innovative to work around the small amount of people that we are holding on to dearly to make this thing work,” said Levy. OLD-FASHIONED PLAY

In an attempt to attract more children to the zoo, Hope has installed what Levy describes as “an old-fashioned playground, with swings, seesaws, slides, and monkey bars.

“What that does is it brings them closer to the love of animals because they are in the zoo, and they feel like this is a happy place as opposed to the park,” she said.

School bookings ranging from 20 to 80 students drew in around half a million dollars per week in the pre-COVID-19 era.

Since restrictions eased on July 1, the 150-person turnout last Saturday lagged the average of 250 on pre-pandemic Saturdays.

Joey Brown, 36, general curator of the Hope Zoo, has dismissed the possibility of euthanising the animals because of the resource constraints.

“We’ve even had to make temporary cutbacks in some of our staff to make sure that the animals are never going to suffer at all,” Brown told The Gleaner.

Much of the zoo’s crumbling infrastructure, including severely damaged roofing, is also in need of rehabilitation.

Levy said that zoo staff have missed the joy that lights up the faces of children when they interact with the animals.

“I think we’ve come a long way in educating Jamaicans on the importance of animals and their conservation,” said Levy.

“It would be a shame for us to lose all of that since we’ve worked hard to finally get people to understand the importance of the zoo as a conservation, more than anything else ... a place for kids, family, the elderly, to come and escape for the day,” said Levy, who is inviting more corporate sponsors to come on board to keep the park afloat.

Levy is appealing for more Jamaicans to visit the Hope Zoo during the summer holidays to drive revenues. Leisure activities on offer include birthday parties, animal adoptions, staff retreats,