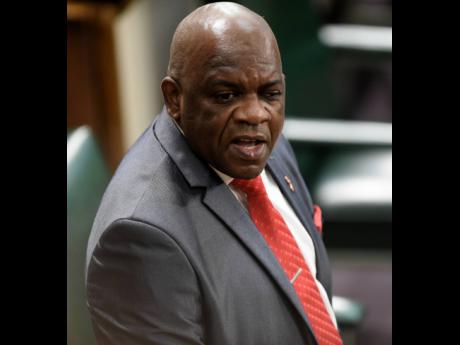 Opposition spokesperson on labour, social security and special abilities, Dr Floyd Morris, has suggested that the Government should use funds in dormant bank accounts to invest in the education system in Jamaica.

Morris, a senator, made the recommendation during his contribution to the State of the Nation Debate in the Senate yesterday.

Last month, Opposition Spokesman on Finance Julian Robinson recommended that unclaimed funds from bank accounts should be made accessible to small and micro-businesses that have been hit hard by the COVID pandemic.

He argued that students have been particularly impacted by the COVID-19 pandemic and as such the unclaimed money from bank accounts could ameliorate some of the challenges they faced.

Morris divulged that an estimated 3,000 students decided not to re-register at the University of the West Indies at the start of the 2020/2021 academic year during the height of the pandemic.

Additionally, he raised concern that a limited number of students was transitioning to tertiary education. He revealed that out of every 10 high-school graduates, only two moved on to tertiary institutions. By comparison, North America sees upwards of seven in 10 students making the transition. This trend has significantly hindered long-term productivity nationally.