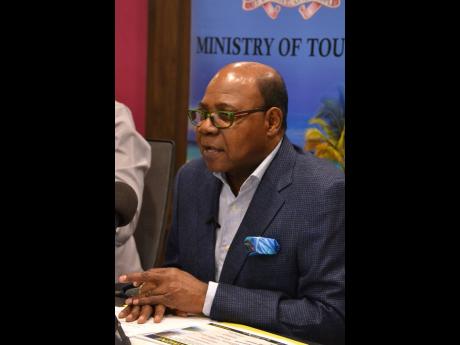 Chairman Edmund Bartlett says lawmakers who sit on the Integrity Commission Oversight Committee (ICOC) will be called from their summer break to examine a backlog of annual reports tabled by the anti-corruption body.

Bartlett told The Gleaner last week that he was putting plans in place to hold committee meetings after the Independence weekend, which has just passed.

In its three annual reports to date, the Integrity Commission has set out a raft of recommendations to assist the anti-corruption watchdog plug loopholes in the law.

However, only sections of its first annual report for 2018-2019 had been reviewed by the parliamentary oversight committee, which has held two meetings to date, inviting the executive team of the commission to its July 21, 2020 sitting.

Since its last meeting a year ago, the oversight committee has not met.

“On the face of it, this subsection can create a loophole, and is a potential corruption enabler. It is conceivable that a relative of a parliamentarian or a public official could be used as a conduit for the exchange of an illicit benefit, designed to confer a benefit or an advantage to himself or another person,” the report said.

Another recommendation that the Integrity Commission wants the ICOC to address is the vexed issue of the gag order placed on the commission as it carries out its investigations.

The commission is urging lawmakers on the ICOC to grant the corruption watchdog the authority to comment on investigations with respect to Section 53(3), which deals with confidentiality regarding all matters under investigation.

“It is recommended that the commission be vested with the authority to comment on the initiation of investigations and on aspects of an ongoing investigation as deemed necessary and appropriate,” it said.

The commission has also proposed that lawmakers and designated government officials disclose other financial assets, such as cryptocurrency and digital currency.

The anti-corruption oversight body also wants parliamentarians and other government officials to submit financial statements related to companies for which they are beneficial owners.

Additionally, the commission has recommended that declarants submit information pertaining to the cost of property improvement, trust property, and blind trusts, government contracts or subcontracts, board memberships, and whether the declarant is a politically exposed person.

In another far-reaching proposal to fight corruption, the commission recommended that the Government consider adopting legislation similar to the United Kingdom’s Bribery Act, 2010.

In this regard, it is suggested that a strict liability offence be created for failure of a commercial organisation to take preventative steps to guard against bribery involving its officials or any party acting on its behalf. This would result in tough criminal and civil sanctions being imposed upon private-sector entities for the bribery of public officials and/or any other person.