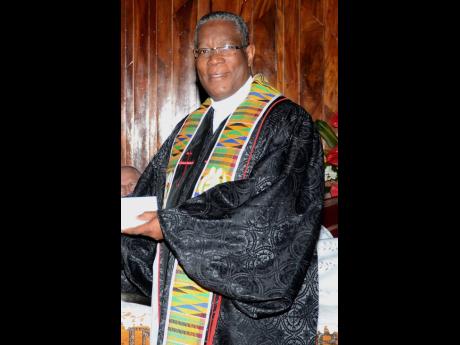 Members of the United Church have been left in shock following the passing of the Reverend Norman Francis, lecturer and warden at the United Theological College of the West Indies.

The adjunct lecturer at the International University of the Caribbean (IUC) and member of the United Church in Jamaica and the Cayman Islands (UCJCI) died on Sunday at the University Hospital of the West Indies after he had become ill after recovering from COVID-19. He was 63.

The Rev Gary Harriott, moderator of the United Church, told The Gleaner on Monday that he and colleague ministers had been anticipating Francis’ discharge from hospital as they were told that he was on the mend.

“We are deeply affected by his death,” said a distraught Harriott.

Noting that Rev Francis’ ministry had extended well beyond the shores of Jamaica, Harriott described the late lecturer as “one of our faithful servants”.

While sharing that he had just attended the funeral of another church brethren, Annette White-Best, the Percy Junor Hospital nurse who had contracted the virus, Harriott said the number of deaths among the church community, whether from COVID or other illnesses, has caused much grief throughout the denomination.

The Reverend Norbert Stephens, general secretary of the UCJCI who had worked closely with Francis during his tenure at Webster Memorial United Church where Francis was associate pastor, said he served the organisation with distinction.

Ordained in November 2001, Francis served at a number of congregations in Jamaica and overseas, including at the Whitney Congregational Church in Oxfordshire, England, and St John’s Parish Church in Edinburgh, Scotland.

Locally, Francis served as student minister in the pastoral charges of Portmore and Hellshire; ministry intern in the Pretoria Road and Boulevard Charge; and minister for the Meadowbrook Charge of United Churches.

“He will be remembered within the UCJCI as an articulate preacher and Bible teacher, whose passion was at its highest in the area of theological education. He was instrumental in redesigning the UCJCI Lay Training Programme,” Stephens said.

The married father of two sons was also a coordinator of the UCJCI Lay Training Institute and a tutor at New College, School of Divinity, and the University of Edinburgh in Scotland.

At the time of his passing, he was an adjunct faculty member of the IUC.