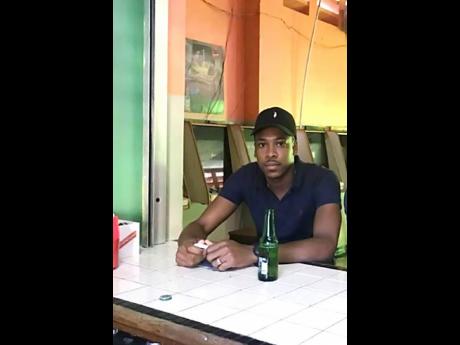 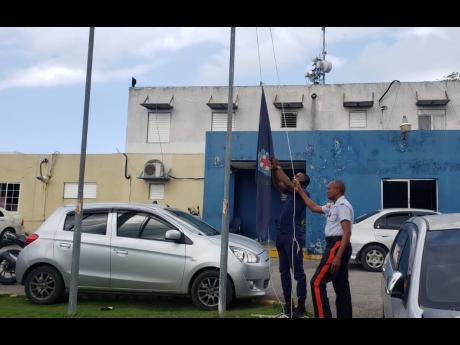 Family members of 26-year-old Orlando Irons were stunned to learn of the constable’s death hours after he and controversial Pastor Kevin O. Smith succumbed to injuries they sustained in a three-vehicle collision in the vicinity of the Linstead Bypass in St Catherine on Monday.

Smith, the disgraced leader of Pathways International Kingdom Restoration Ministries in Paradise, Montego Bay, was being transported to Kingston to face charges of murder and illegal possession of firearm and ammunition when the incident occurred shortly after 9 a.m.

Two other policemen, up to press time, remained in critical condition at hospital.

“All I could do was cry when I hear the news. I just start cry,” Irons’ biological father Roywood Harris told The Gleaner by telephone on Monday.

The last time he spoke to his son was on Saturday, he recalled.

He said at that time, Irons, who is from Bamboo, St Ann, shared that he was leaving for work in St James.

He was part of the parish’s Fugitive Apprehension Team.

Harris, who said the two shared a close relationship, did not imagine that that would have been their last conversation.

Though he was not privy to the details of his son’s work assignments, Harris said he could not have envisioned his son dying alongside Smith, who reportedly oversaw the killing of two congregants during an alleged human sacrifice at his church two Sundays ago.

The police reportedly stormed the facility after receiving reports that the supposed sacrifices were taking place. A third person who allegedly attacked lawmen upon their arrival was shot dead.

Smith and Andre Ruddock, who the police have also implicated in the Pathway killings, were being transported to the police’s Major Investigation Division when the crash occurred.

Harris said he heard of the pastor and his alleged activities in passing, noting that it was not a story he was tracking.

He was not aware that his son was part of the team transporting Smith to Kingston.

“I haffi just try take it easy so that it nuh raise mi pressure. I talk to his mom and she nuh suh well,” said Harris.

“She a tell mi she nuh know how she gwen manage. Mi tell her fi try calm down. But the whole of we, his brothers, shocked,” said Harris, confirming that he learnt of his son’s death shortly after noon.

He described Irons, whom he said joined the Jamaica Constabulary Force (JCF) just over four years ago, as “very quiet and easy-going”.

Irons’ brother, Roy Junior Harris, said the lawman was the peacemaker of the family, sharing that his death brought members at odds together.

He learnt of Irons’ death sometime after 2 p.m.

“He was a pure, kind, honest man. You won’t find any fault with him. ... He made sure that I stayed out of trouble and went to school,” Roy Harris said, adding that the family was “taking it hard”.

Reports, meanwhile, are that the vehicle in which Smith was initially being transported developed mechanical issues and had to be abandoned.

He was said to have been transferred to an unmarked vehicle assigned to the police in St Ann.

Head of the JCF’s Corporate Communications Unit, Senior Superintendent Stephanie Lindsay, said that she could not confirm those reports.

Lindsay said that the lawmen normally used the Linstead Bypass instead of the North-South Highway.

“For the most part, they don’t take the toll road. That’s the local route that the police travel,” she told The Gleaner.