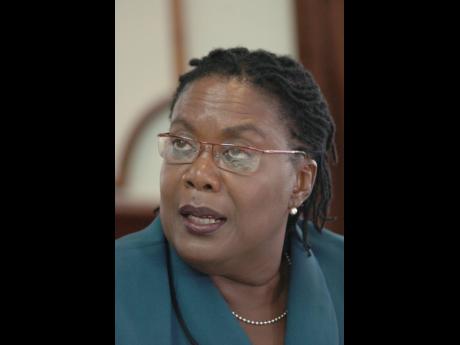 Veteran livestock geneticist Jasmine Holness has called for stringent monitoring and evaluation systems to be put in place, supported by accurate record-keeping, to enable the recently launched National Livestock Genetic Improvement Programme is to succeed.

The programme will be designed around sound nutrition principles and genetic breed improvement in beef and dairy cattle, as well as goats and sheep, with a significant increase in milk production and meat output projected for all the animals.

However, Holness has listed critical basic requirements for success as sound record-keeping, understanding the concept of breed complementarity, monitoring of progeny movements and the careful selection of replacement animals. These factors, she said, will influence mating for future generations so it is important that the farmers involved be fully committed to work with the programme in ensuring that the progeny can be tracked.

“It has happened before so let us learn from our past experiences. I implore farmers to take advantage of the benefits of this programme,” she told participants at last week’s launch, which was held at the Caymanas Golf Club in St Catherine, where the Jamaica Dairy Development Board (JDDB), Nutramix and Ministry of Agriculture and Fisheries signed a memorandum of understanding.

The warning is timely since the JDDB has had its fair share of failed projects, including its first attempt at an embryo-transfer programme, undertaken at a time when it was badly understaffed, so the programme was contracted to a private-sector company and the well-funded initiative then collapsed.

Money down the drain

The plan was for the first generation of pure-bred Jersey heifers to be bred to Jamaica Hope bulls and a comparative analysis conducted in terms of milk, with their Jamaica Hope counterparts. However, things went awry and a lot of money as well as valuable production information went down the drain as the cattle handlers were not informed that these cows and their calves were special animals and so no records were kept.

In order to prevent such a recurrence, Holness advised the launch that when based on sound genetic principles, any attempt at improvements in animal production and productivity will have a high probability of success and redound to the benefit of any livestock population as she laid down some ground rules.

“It is important that we understand that this project is not only about multiplying animals. Anybody can multiply animals, but there is distinct difference between multiplication and breeding,” she stressed.

He pointed out that the purpose of the National Genetic Improvement Programme is to implement a framework to which cattle and small ruminant farmers can have access to resources and services that will facilitate the improvement of the genetic potential of the local herds.

“While not ignoring the monumental contribution made by the endemic Jamaican breeds since their development and formalisation as tropically adapted breeds in the early 1950s, the sustainability and improvement of the breeds must be upgraded if they are to keep pace with optimum production and productivity and to breed animals of superior quality which are adaptable to our environmental conditions,” Reynolds said.