‘Contented cows give most milk’ 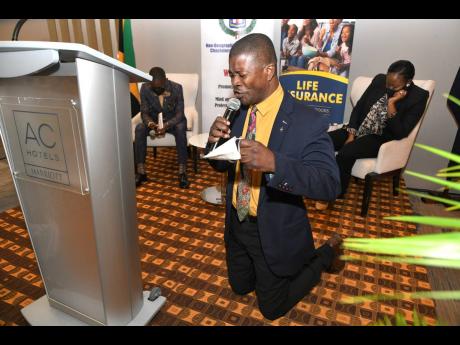 Rudolph Brown/Photographer
Apostle Clive Campbell, volunteer chaplain, is deep in prayer during a New Year’s prayer breakfast for the Non-Geographic Formations No. 2 Chaplaincy Services Branch at the AC Hotel in Kingston on Wednesday. 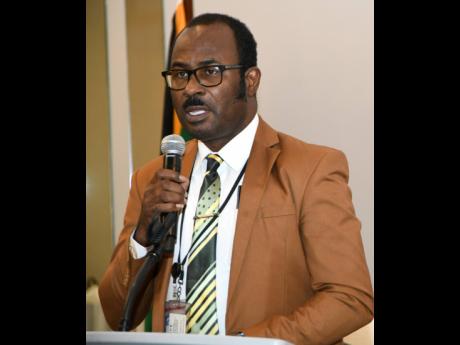 Stating that today’s criminals were more tech-savvy than those of the past and were using modern advances to outmanoeuvre cops, a senior clergyman yesterday called for a change in tactics to boost the police’s response to crime.

Pastor Glen Samuels, president of the West Jamaica Conference of Seventh-day Adventists, made the call while addressing the Non-Geographic Formations No. 2 Chaplaincy Services Branch New Year’s prayer breakfast at the AC Hotel in New Kingston, where he appeared remotely.

“Younger are the criminals, and they learn from YouTube and Facebook and the other social media platforms as to how to outsmart police officers ... . They find means of moving high-powered weapons from east to west and north to south,” Samuels said.

He noted that the Government also needs to employ more social workers to tackle the country’s high crime rate, especially as it relates to homicides, noting that many children are born of parents who lacked the capacity to nurture them into productive, law-abiding adults.

Samuels said that billions will have to be invested in efforts to curb crime, acknowledging that while budgetary constraints were often blamed for lack of preventative action, money is usually found when backs are against the wall.

“I don’t know the cost of our states of emergency (SOEs). I am not knocking them because I do know that there are times when in the tool kit, … there might not be nothing much else to try in that moment of challenge,” he said, noting that in spending more now, the Government could eventually reap gains from not having to institute SOEs later.

One such immediate action could be bumping up the salaries of police officers, Samuels said “because I do believe that contented cows give the most milk”.

In his greeting, Jamaica Police Federation Chairman Corporal Rohan James said that last year, the cops were able to achieve much without the required level of resources, adding that they landed successes many times when persons expected them to fail.

“For far too long they believe that they (Government) can budget for the Constabulary Force and shift the resources at will and undermine the efficiency and to turn around and point fingers on the men and women of the Constabulary and say that we are failures,” James said.

He noted that the police were facing a major test of time, with 37 murders being recorded in the first week of 2022 – a 32 per cent increase year on year.

The cops are also anticipating an early settling of a contentious multimillion-dollar overtime wage issue with the Government, which is headed for trial in April if an agreement is not reached before then.

A pretrial hearing is set for March 10.