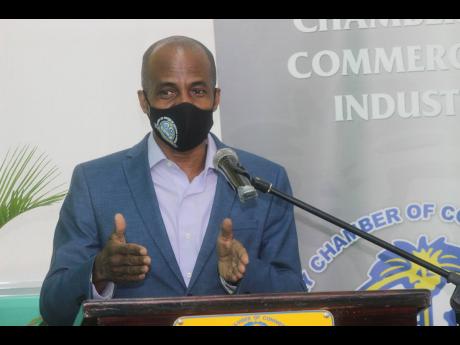 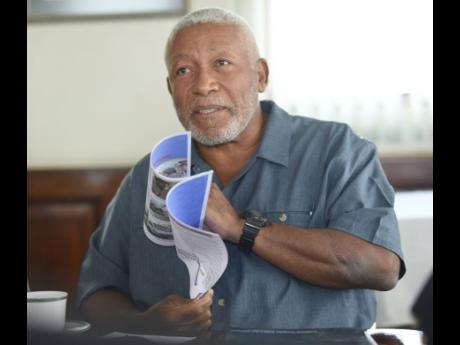 Jamaica’s persistent pall for corruption remains a cause for concern for business and civic leaders, with failure to implement key legislation cited among reasons for the country’s stagnation in the latest edition of the Corruption Perception Index...

Jamaica’s persistent pall for corruption remains a cause for concern for business and civic leaders, with failure to implement key legislation cited among reasons for the country’s stagnation in the latest edition of the Corruption Perception Index (CPI).

Describing Jamaica’s ranking on the index as “virtually standing still”, Lloyd Distant Jr, chairman of the Crime Monitoring and Oversight Committee (CMOC), expressed grave disappointment that the conceptualisation of laws was not yet having a significant impact on the ground.

The country slipped one place on the 2021 Transparency International corruption ranking, from 69th to 70th, out of 180 countries. However, its CPI score remained at 44, where 0 is considered highly corrupt and 100 is very clean.

Bluntly, the island is just as corrupt as it was in the previous period under review and remains the fifth most corrupt nation in the Caribbean, behind Haiti, the Dominican Republic, Guyana, and Trinidad and Tobago.

Rear Admiral Hardley Lewin told The Gleaner that he was not surprised by Jamaica’s performance on the CPI.

“I cannot identify any credible effort to deal with this issue. There is a direct correlation between the levels of corruption and the levels of criminality in Jamaica, and I dare say that no criminal enterprise can flourish without corrupting the appropriate arm of the State that’s put there to police them,” the former police commissioner and ex-army chief said.

Distant said that in the past year, the Major Organised Crime & Anti-Corruption Agency (MOCA) became independent and the Public Bodies Management and Accountability (PBMA) regulations were passed – both important steps in reducing corruption.

“There are a few coming up this year which will include the Bribery Act and amendments to the Proceeds of Crime Act, to include the unexplained wealth order,” he said.

““We have the legislation, and implementation is what we need to begin to effect a difference and in that regard, we will be tracking to see how the recently passed PBMA regulations are being implemented by the Government,” added Distant, hinting at the gap between theory and action.

Distant said that a small committee has examined the Procurement Act and has made specific recommendations that have been passed on to the finance minister. He said these recommendations will seek to reduce the likelihood of public funds being channelled into organised crime.

Principal director of the National Integrity Action (NIA), Professor Trevor Munroe, said Jamaica was treading water, with the country falling short of the pass mark of 50 on the CPI.

Munroe said efforts must be redoubled to ensure greater transparency and accountability.

The NIA head was pleased that within the last year, the Auditor General’s Department reported that the number of whistle-blowers who came forward with matters for investigation rose sixfold.

Munroe said citizens’ associations also have a role to play in reducing the incidence of corruption in Jamaica, noting that those particularly based in Kingston and St Andrew did sterling work in 2021.

“They are now seeing that this growth in development which all of us want to see has to be in accordance with the law. If it breaks the Building Act, gets illicit approvals for building and permits, multi-storey buildings violating covenants, what we are now seeing is that they have a vested interest in coming forward like they never did before, in order to ensure that the law applicable to real estate developments and approvals is actually observed,” Munroe said.

The Kingston and St Andrew Municipal Corporation (KSAMC) has been the subject of chastening court judgments citing negligence, or hinting at worse, amid glaring deficits in its inspection regime.

Two senior KSAMC officials have been interdicted while an investigation continues.

For the first time, the corruption index offered a comprehensive look at a decade of corruption.

“Overall, the CPI shows that control of corruption has stagnated or worsened in 86 per cent of countries over the last decade,” read a section of the report.

The report also noted that the COVID-19 pandemic that has gripped the world for more than two years has been “used in many countries as an excuse to curtail basic freedoms and sidestep important checks and balances”.

Opposition Leader Mark Golding said anti-corruption organisations need to be fully empowered to do their work.

“We would like to see them adequately resourced and let them do their work and I believe the future should be better if they are allowed to do so. The seeds have been sown but the fruits are not yet bearing and people are frustrated,” Golding said in a press conference on Tuesday.

“There are so many instances of maladministration, nepotism and corruption in the public sector where boards appointed by politicians of this government have been treating the resources of public institutions as if they are their personal cash.”