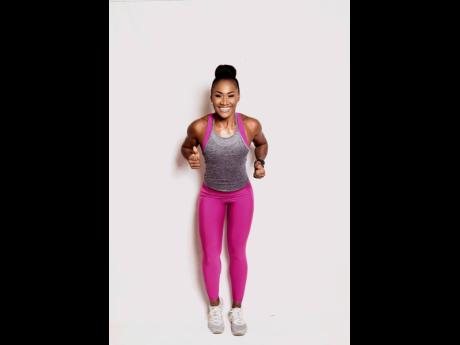 Dynamic Lifestyle Studio says its lease with the owner of 7 Hillcrest Avenue was clear that a gym would operate there, a twist in the case brought against the operators by the Kingston and St Andrew Municipal Corporation (KSAMC).

The KSAMC applied to the Supreme Court on March 18 for an injunction to halt the alleged illegal activities, with businessman and property owner Peter Azar, and his two tenants, Dwight Stewart and celebrity gym boss Patrice White, named as defendants.

The KSAMC said it did not give permission to Our Place restaurant and the gym to be operated in an area zoned for residential purposes although commercial entities have since been permitted there. It said the activities were “unlawful” and “in breach” of the Planning Act and the Town and Country Planning (Kingston) Development Order.

Following a hearing last Thursday, “the respondents in this matter gave undertakings to the court that the current unauthorised activities which are in contravention of the Town & Country Planning Act will/shall cease”, the KSAMC said Friday in a statement to The Sunday Gleaner.

On Saturday, White, who leads the gym, told this newspaper that she was hearing of the court matter for the first time and would return that day with a comment. None was received.

“At no point in time has Dynamic Lifestyle Studio willingly and knowingly attempted to operate illegally, and at all relevant points in time we made every effort to ensure our operations lived up to scrutiny,” read a statement White issued Sunday evening.

She said she was never served court documents and that she was “unaware of the need to respond to this case in court”.

The gym, which has been at the property since August 2020, said its current lease expires on July 31, 2022, and that Azar advised on March 7 this year that it would not be renewed because he “will require the captioned premise for his own use and benefit”.

White said it is stated in the lease that the purpose was “to operate as a fitness studio”and that “at no point in time it was outlined by the landlord that the purpose for which we intended to use the property contravenes the title to which he is the holder of”.

While saying he did not know whether Azar was aware of the intentions of the tenants when he leased the property, Conrad George, Azar’s lawyer, said that bit of detail was “not relevant”.

White is also claiming that based on advice from the KSAMC, she submitted a retention-of-use application on April 29, 2021, and after a further submission the following month, “we were advised by the attending personnel that we should await word from the KSAMC on what the next steps should be”.

“To date, as at the writing of this response, no communication to myself or any representative of the Dynamic Lifestyle Studio has been received in this regard,” White said.

In an affidavit filed in the Supreme Court, the KSAMC’s Director of Planning, Andrine McLaren, said she wrote the owner and occupiers of the land in March 16, 2021, advising that the restaurant and gym were operating unlawfully.

She said Stewart, the restaurant operator, later requested an extension to June 30, 2021, to submit an application changing the use of the land from residential to commercial.

But despite the extension, neither Stewart nor White applied for permission, McLaren said.

The landlord’s attorney has argued that the KSAMC would have had difficulties arguing for an injunction against his client because he was not involved in the alleged activities on the property and that the complaint was really against Stewart and White.

“So in the absence of the two respondents, we were able to agree that we are doing what we can and everything that is possible for the other two respondents to leave when their leases terminate, and they’ve agreed to do so in any event,” said George, noting that White and Stewart did not appear in court.

Stewart has not commented despite Gleaner requests.

The matter is due back in court in October.