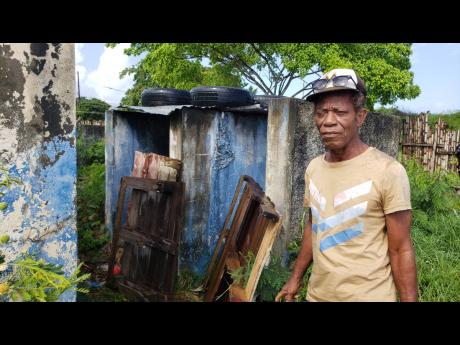 Photo by Shanna Monteith
Ronald McPherson stands by the ruined buildings at Prospect Public Beach in St Thomas, which was once the pride and joy of the parish. 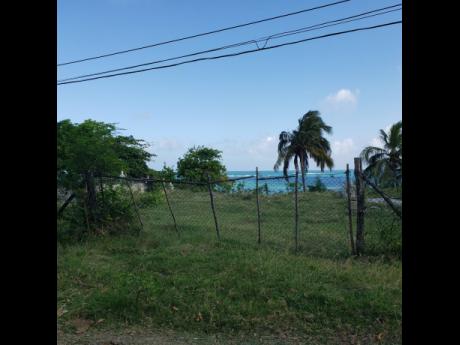 Photo by Shanna Monteith
The Retreat Beach in St Thomas has little to no recreational value to visitors these days.
1
2

The dilapidated concrete structures that still stand upright along the shoreline of the Prospect Public Beach in St Thomas bear testament to the tales of residents of it once being the pride of the parish.

Among the ruin is a building which, though run-down, was secured by a lock and key. Its old doors opened to reveal time-worn mattresses and other remains of what was once the venue’s celebrated beach house.

Piles of sand littered by moss and garbage hugged its plinths, as the waves rushed up to meet it.

Now an eyesore, it continues to remind residents of what was – and can still be, with the necessary intervention.

“The beach was a real nice beach, but [Hurricane] Ivan mash it up. The beach was out more … . We had more shore space and back in the day we had the beach house running, the lifeguard booth was there … . It was even better than Lyssons Beach,” shared Ronald McPherson, who was spotted last week chilling at The Hut, a small bar and restaurant on the grounds of the Prospect Public Beach.

The resident beamed with pride as he recalled the golden days when the venue was “the talk of the town”.

“People from all over used to come to Prospect Public Beach. Mi used to sell jelly and mango and meet guests when them come, but them ting nah gwaan again. From the hurricane is like this beach condemn. No one paying no attention to it,” he said, adding that bathrooms and other facilities were also destroyed following the 2004 hurricane.

This, he shared, has been a constant deterrent to guests who show up.

Expressing a heartfelt desire to see the location restored to its former glory, McPherson highlighted the remaining worthy attributes, as if to will the powers that be into action.

“It’s still a nice beach. The water nice, a pure sand – no stone to juk up your foot bottom – and a good view. Prospect is the original public beach. It only needs some development. It want to clean up, the bathroom want to fix up. We want the beach up and running that people can come in, bathe, enjoy themselves like one time, and support The Hut,” he said.

The Prospect Public Beach is just one of many in St Thomas in dire need of attention, The Sunday Gleaner team noticed last week, as we took a trek across the island to gauge the status of Jamaica’s beaches and what the public faced when they tried accessing them.

While a few of these beaches were attractions in the past, at least two – Retreat and South Haven – now have little to no recreational value to visitors.

With their waters continuously moving inland, and what is left of the shores highly characterised by stones, residents are calling on the necessary authorities for help to save St Thomas’ beaches.

“Most of these beaches that they (NEPA) list are now destroyed, either by nature or by mankind, because even in Yallahs, there were a few beaches that people could enjoy that are no longer there. The seawater has eroded the land and they are no more. There were some lovely beaches, but they are all now gone because NEPA fail to do what they need to, which is engage the Government and do some seashore training,” said Caswell Rodney, a resident of Retreat.

Mayor of Morant Bay and head of the St Thomas Municipal Corporation, Michael Hue, also agrees that several areas in the parish are in need of beach nourishment to combat erosion and increase beach width.

“Climate change has led to the destruction of a lot of our public beaches, but with the right training, they can be restored. Over $30 million was invested in Lyssons Beach a few years ago, and with the same investment in others, they can be of great value as well,” he said.

Hue also noted that there are several hidden gems across the parish that can be developed to provide additional attractions to the public.

According to him, “I know the tourism ministry has plans for Rocky Point Beach. There are also beach locations in Leith Hall, Lyssons, Yallahs and Port Morant that can do well with a little investment and fixing up.”