A week of hell 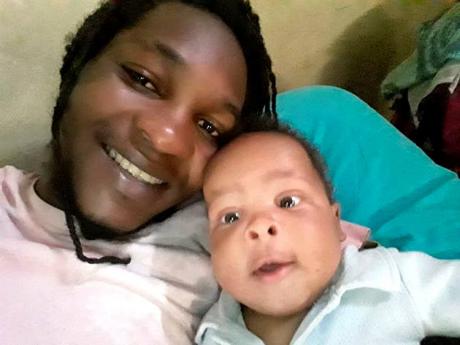 Contributed
Jameal Mendez Sr, 29, is eager to be reunited with his missing two-year-old son.

It has been a week of torture and sleepless nights for 29-year-old Jameal Mendez, Sr since the mystery disappearance of his only child, a two-year-old boy named after him.

While the family, concerned neighbours and the police have combed multiple locations across several communities since the toddler vanished from his Rasta Corner home in Free Town, Clarendon, last Thursday, they are yet to make a breakthrough.

He said that he has not been himself since his only child vanished without a trace, and the nights are particularly painful.

“When mi go in a night time an mi son is not there like mi used to, mi mind just deh all over di world,” said Mendez. “Mi nuh find mi self a perform like mi know mi can. Mi nuh know how mi a cope. Mi just a try hol’ up.”

Like Jameal’s mother, Mendez said that he had dismissed initial news of his son being missing as a prank.

“When mi just hear, mi a seh a must a somebody a ramp wid mi. Maybe when dem hear the alarm sound, them will release the baby because a must somebody a ramp wid mi,” he said. “But when mi see hours and hours up until the next day and mi really nuh see mi baby, mi turn into a different person.”

Head of operations of the Clarendon Police Division, Deputy Superintendent Anton-Gur Cardoza, told The Gleaner that other agencies have joined the investigations into the infant’s disappearance.

“When we get information about possible locations, we search immediately. ... We haven’t gotten any good lead as it relates to where the child is, but we are continuing with the investigation,” he said.

Cardoza said that intelligence suggests the child is still alive, but declined to give details, citing the sensitive nature of the case.

And the family is hanging on to that hope as they remain relentless in hi efforts to find Baby Jameal.

Mendez said that he had always found news of missing children traumatising, but it has been a gruelling experience as he faces the heartbreaking fate of parents he often empathised with.

“When mi see pickney missing, mi always feel a way an’ wonder why dem a fi tek dem weh, especially the young ones from [age] 12 down. Me always say dem sup’m yah traumatise babies, an’ see it come reach me now. Mi kinda paranoid,” he told The Gleaner.

Mendez, a taxi operator, theorises that Baby Jameal’s love for cars could have made him susceptible to people who prey on children.

“Mi a pree seh if him see a Probox car, him will seh, ‘Dada’, and dem just stop and tek him up and gone. From him a baby, when me wash the car, a mi and him. If mi in the car, him come climb up in me lap and take the steering wheel seh him a drive. Him love car like that,” explained the father.

Mendez is puzzled that no one in the community seems to know what could have possibly happened to his child.

He is making a desperate plea for the safe return of his son.

“Mi a beg dem, please. No matter what. If a even a case where dem have mi baby and want something, make the demands and mi see if mi can reach up to it or whatever,” he appealed.

The child’s mother, Kera Williams, said the last seven days have been distressing.

“Mi miss him laugh, him kiss, how him jump up pon mi and seh, ‘Mommy’,” she reflected, vowing not to give up hope for a happy reunion.

Anyone with information on the whereabouts of two-year-old Jameal Mendez Jr is being asked to contact the Longville Park police at (876) 902-5047, 119, or the nearest police station.