‘They did us dirty’ 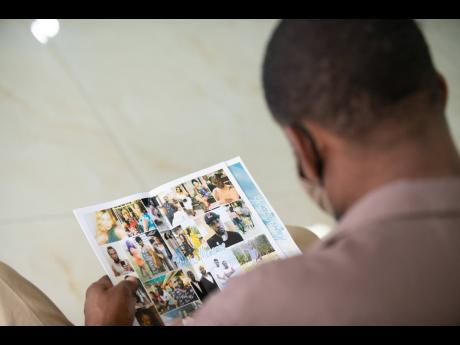 Gladstone Taylor/Multimedia Photo Editor
A mourner looks at a programme pictorial of Maurice Gordon Jr during his funeral at the Sydenham Seventh-day Adventist Church in Spanish Town, St Catherine, on Saturday, May 23, 2020. 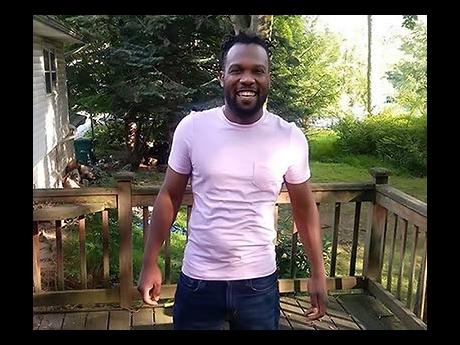 NEW YORK: Maurice Gordon Sr believes his son did not receive justice after the family was blindsided by a grand jury decision this week not to file criminal charges against a white New Jersey state trooper who shot and killed their unarmed Jamaican...

Maurice Gordon Sr believes his son did not receive justice after the family was blindsided by a grand jury decision this week not to file criminal charges against a white New Jersey state trooper who shot and killed their unarmed Jamaican son during a traffic stop two years ago.

The 28-year-old Maurice Gordon Jr was born in Jamaica and had been living in Poughkeepsie, New York, while studying chemistry at a community college.

Gordon Sr said that all the family’s efforts to get information about when the grand jury would convene were rebuffed from the outset. Tuesday’s announcement of a decision by the state attorney general’s office came as a shock.

“My emotions are still raw. They did us dirty,” he said.

In a video released by the attorney general’s office two weeks after the fatal encounter, Wetzel and Gordon Jr can be heard discussing moving the latter’s car further off the road, and Wetzel is seen guiding Gordon Jr away from the road and to the back of the police car.

Gordon Jr is seen in the video sitting in the back of the car without handcuffs, and Wetzel tells him he needs to pat him down. Wetzel also offered to give Gordon Jr a ride and call a tow truck.

About 20 minutes after the beginning of the encounter, Gordon Jr released his seat belt and got out of the police car. Wetzel was off camera but could be heard telling Gordon Jr to return to the car. Gordon Jr appeared to walk to the driver’s side of the vehicle in an attempt to get in.

“Get out of the car!” Wetzel yelled, before the men moved off-screen. Scuffling sounds could be heard, followed by gunshots. Wetzel used pepper spray and fired six times, according to the attorney general’s office.

Wetzel reportedly said that Gordon Jr had tried to reach for his gun and that was when he fired at him.

The incident took place two days before the police killing of George Floyd in Minneapolis, which sparked protests around the world against police racism and brutality.

Gordon Sr said that, from the outset, the state had sought to manage the information and paint his son in a bad light.

He believes that the state deliberately muddied the waters about his son.

“The autopsy shows that there was no drug in his system. He did not do drugs nor did he drink,” said the grieving dad.

“I want to see the information that was presented to the grand jury. It was not about justice, nor was it about finding out the truth of what happened,” he said, telling The Gleaner that, despite promises, there was no transparency in the matter on the part of the New Jersey authorities.

“From Day One, they did not play fair,” he said.

Gordon Sr said that a civil lawsuit already filed would go forward, but admitted that they were having difficulties getting information from the state.

Additional reporting from the Associated Press.