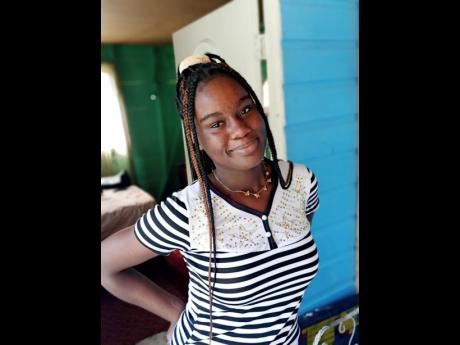 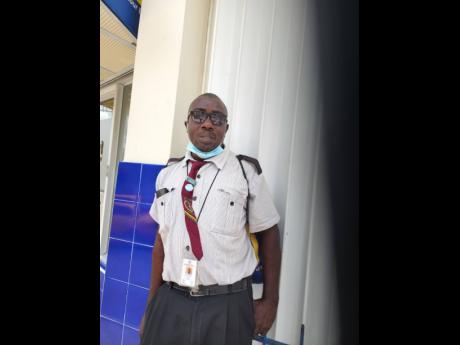 Photo by Janet Silvera
Father of the deceased Sheven Besley wearing his daughter’s school tie and prefect badge days after she drowned.
1
2

She was poised to ace all nine Caribbean Secondary Education Certificate exams and would have sat the first of them today.

But Shevanae Besley drowned last Friday, days ahead of her 18th birthday.

The 17-year-old Green Island High student was a mathematical pro, whose favourite subject was accounts.

One of Besley’s 12 friends who was with her when she died broke down during his examinations Monday morning and had to be counselled. The others, her father, Sheven Besley, said have had to be coaxed to sit their exams in honour of his daughter.

Adorned with her school tie and prefect badge, Besley’s voice was filled with pain as he stood outside the JN Bank in Lucea, Hanover, on Tuesday morning. But even then, there was pride in the legacy left by Shevanae.

“I am going to miss hearing her asking, ‘Daddy, you come. You want me to prepare something for you to eat,’” said Besley, a security guard at the Noel Holmes Hospital in Lucea.

He wishes his daughter had gone to the beach, instead of the river, but as a man of faith, he accepts that the hands of time can’t be turned back.

Shevanae went swimming with her schoolmates in the Kingsvale area of Hanover last Friday but got into difficulties. Her friends tried, unsuccessfully, to rescue her.

The father said he gave her permission like he does every weekend to spend time with her friends. He is hurt by spiralling social-media comments suggesting that his daughter was reckless.

“They study together. They are always together,” Besley said, noting that his daughter studied hard and wanted to face exams for 15 subjects, instead of nine.

Her death, he said, was a great loss to the family, including his wife and son.

“She touched lives wherever she went,” he said.

Still shocked by the death of one of her best students, Green Island principal Maxine Evans described Shevanae as a youth leader who was focused.

The school plans to offer counselling to the students, particularly those who were involved.

However, Evans said that was difficult now because the students were in the middle of examinations.

In the meantime, teachers and the school board chairman have visited the Besleys’ home to offer moral support.

According to Evans, the students had just done the City & Guilds English test and, apparently, felt they needed “to breeze out” after grinding hours of study.

Arlett Archer-Campbell, the founder of Sailfish Swim Academy, has expressed concern about the number of Jamaicans who have died owing to their inability to swim. She gave The Gleaner a few tips to help persons who may get into difficulties.

“Owing to the fact Jamaica is an island with several rivers, I think there is certain basic life-saving information that should be passed on to children at the kindergarten and elementary level through ‘learn-to-swim and drown prevention’ programmes as part of the school curriculum islandwide,” said Archer-Campbell.

1. DO stay calm and observe your surroundings for floating objects and your closest port of exit.

2. DON’T fight to stay on top of the water. This will tire you and cause you to splash water into your face, eyes, and nose and increase the pace of drowning

3. DO float on your back, by putting your head back, belly button up with your ears in the water, and legs straight. Your body has a natural ability to float.

4. DON’T wave your arms upwards. This will cause you to sink and increase the pace of drowning

5. DO bobbing (bouncing) to safety by taking breaths out of the water each time you surface.

6. DON’T panic and think of ways to conserve your energy.

7. DO shout for help each time you surface so you can get assistance.