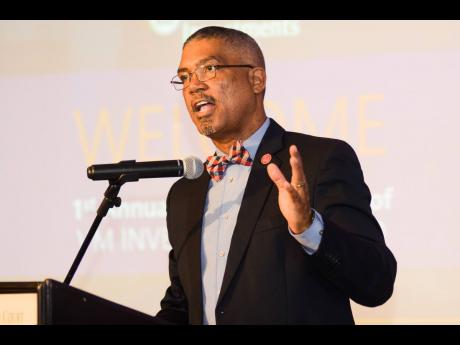 A decision is pending on the application by hotel developer Seawind Key Investment Limited, SKIL, to construct a 261-room Dreams Resort in Montego Bay.

But it’s not saying whether a denial of a permit from regulator National Environment and Planning Agency, NEPA, would result in a search for a new location or the planned investment being shelved.

“I really can’t say,” SKIL director Michael McMorris told the Financial Gleaner in an interview on Thursday, in response to the question.

“The shareholders are always looking around and have some discussions that are ongoing about other opportunities,” McMorris, a hotel development consultant, added, making it clear that the owners scouting additional investment opportunities was not an indication of any contingency plan to shift the proposed Montego Freeport investment to an alternative location.

SKIL expects to build the Dreams hotel, spanning 11 floors on four acres of land, next to its two Secrets hotels and close to its Breathless Resort property at Montego Freeport.

Asked whether the company or its shareholders are involved in another Secrets Resort property, which the government has announced is slated to be built in the Richmond area of St Ann, McMorris offered no comment.

He said SKIL was still optimistic it would be able to build on the land housing the Secrets hotels at Freeport, which comprises 31 acres bought several years ago from the Urban Development Corporation, UDC, for the purpose of building upscale resorts in an area that is zoned for the purpose.

The company owns a total 36 acres, including the five-acre property that houses Breathless, across the road from the Secrets properties.

Director of the applications management division at NEPA, Gregory Bennett, confirmed the zoning designation during a June 1 online meeting with residents of the area and other stakeholders, many of whom have been strident in their opposition to the construction of the Dreams property.

Dreams, Secrets and Breathless resorts are brands of hotel managers AMResorts, but the Montego Bay properties are owned by SKIL, which is itself majority owned by the Spanish hotel group El Fuerte. SKIL is a consortium of overseas and local shareholders, McMorris said.

During Wednesday’s meeting, which NEPA CEO Peter Knight noted was part of the application review process, the regulatory agency said it could make no definitive statement on the likely outcome of the SKIL application, which, according to Knight, had already been reviewed by NEPA’s technical teams as well as the boards of the Natural Resources Conservation Authority and the Town and Country Planning Authority.

The agency undertook to raise with government at the policy level several areas of concern mentioned by residents, including inadequate infrastructure, and to write to the police about roadway usage and parking and the National Works Agency about the state of the roads in the area.

Knight appealed to the residents to have faith in the application review process and in NEPA, assuring them that their concerns about access to the beach and beach club at the site of the proposed development was a matter of legal prescriptive rights that were sacrosanct and would be preserved.

The NEPA officials said SKIL, in its October 13, 2021 application, addressed the issues related to beach and beach club access. The developer, which is also seeking a permit to add two floors to an existing one-storey car park at Breathless – to include another level for parking and a spa on its top floor – met with the residents on April 26 as mandated by NEPA.

Meanwhile, McMorris said that at the time the land was purchased from the UDC around 2006, SKIL was party to an agreement to build a beach club and make membership available to the residents.

He said the club was built and that as far as he is aware, residents have not been denied access, except to the club during its closure as a result of the COVID-19 pandemic, and while there was a disagreement over who was responsible for its repair and cleaning. He said the club, formerly shared with the concessionaire Hard Rock Café, was reopened and he is committing to restoring the facility and ensuring access by all residents.

The SKIL director has acknowledged the infrastructure concerns, noting that the government is expected to take the lead on resolving that issue, while his company is prepared to respond favourably to any reasonable requirements imposed by the authorities for the developer to contribute to infrastructure upgrade costs.

“We are in the planning permission phase of the application to look at what are the issues, what issues are to be addressed and by whom, in order for the development to be considered favourably or not. We are following the process, as we have been required to do,” he said.

He added that while an environmental impact assessment was done at the time of the planning and construction of the 700-room Secrets Wild Orchid and Secrets St James that opened in 2010, and the 150-suite adults-only Breathless hotel sometime later, SKIL is prepared to undertake another study, if required by the authorities to do so.

Correction: This story has been updated to reflect that the site on which the hotel is proposed to be built is four acres and not 2.5 acres.