Passionate, pained, but still hopeful for his Jamaica 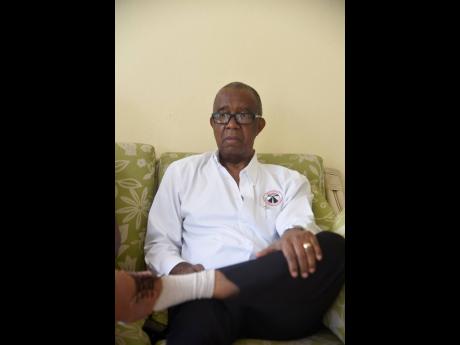 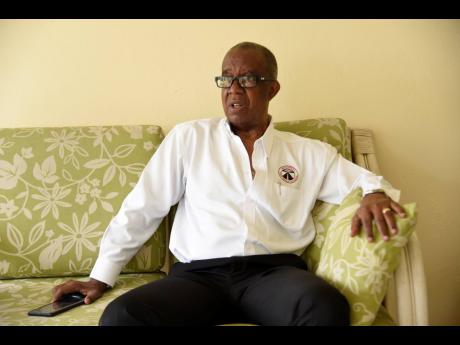 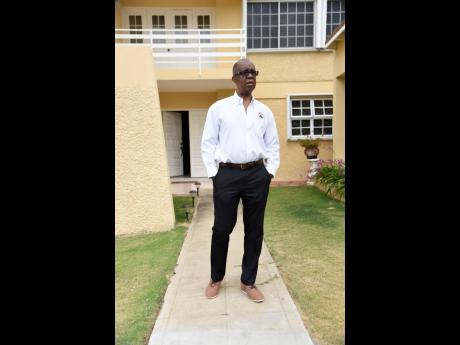 If Dr Lucien Jones’ wife Vivienne, his children and their spouses as well as his four grandchildren had their way, he would have left Jamaica a long time ago.

But his undying faith in his Jamaica and his wife’s commitment to her marriage vows made this devout Christian, who comes from a family of service givers, stay in his homeland to play his part in its development.

His dad, the late Winston Jones, his mother and all his siblings were teachers. His father left teaching for politics, for what he considered higher service. Winston Jones would later become a Cabinet minister in the Michael Manley administration of the 1970s.

But not even the good relationship with two former prime ministers of the current opposition People’s National Party (PNP) could get the son to say yes to enter representational politics. Lucien opted for medicine.

“I had an abiding interest in politics, but in terms of entering active politics, I was never called in that direction, primarily because as a physician, you kind of mirrored what your dad did, which was going about doing good and healing. And after my father left politics, it became too divisive. I was not going to enter it. Too many things were happening that if I were to enter politics or had entered politics at the time, it would have affected my family life. And my wife was not for it. My children would have suffered, and I was not prepared to do that,” Jones said emphatically.

Now vice-chairman of the National Road Safety Council (NRSC), Jones said Jamaica is close to the edge of total depravity when over 1,000 people are killed annually by violence, while the senseless carnage continues on the roadways. The inability to resist the need for speed, recklessness and dangerous driving speak to the widespread indiscipline countrywide, he said.

Jones grew up in South Manchester and recalls that life in rural Jamaica had a purity and innocence in both the people and the environment. Moving to Kingston found him going to parties as far as Red Hills, walking from his Molynes Road home with only a ratchet knife, for the ‘just in case’. Luckily, he never had to use it.

Today, decades later, after service to the Medical Association of Jamaica, his church, writing newspaper articles, having a television programme, his 40-odd years of family medical practice, and his work in the inner-city community of Majesty Gardens – the area known as Back-To – his eyes are opened to the “many Jamaicas” that currently exist. In the church-operated settlement, he said many only want a visa to anywhere, and they would leave, never to return.

Jones has dedicated his life to service and his passion as a road safety campaigner.

“My mother spent her time teaching me about Jesus and the importance of a Christian life; and my father went about doing good as Jesus would have done,” he shared with The Sunday Gleaner.

“I am primarily, and deep in my soul more than anything else, a disciple of Christ. One of the many things that you are called to do as a disciple is to serve. Jesus served, and called his disciples to serve,” he said.

When he was asked to serve in the Anglican settlement of Majesty Gardens, he jumped at the opportunity.

“Among the services we provide are for people’s healthcare needs. And I have been serving down there for my entire professional life, from 1996, and it has been one of the joys of my heart to serve people in that situation,” he said.

That experience has also given him a front-row seat to life in “another Jamaica”.

“Many people don’t understand the kind of suffering, the depravation, the challenges, pain and the grief that people in the inner city suffer. The church’s presence down there has made a big difference. For 50-odd years, we have a mission, so I serve on alternate Thursdays and preach sometimes on a Sunday,” he said.

The clinic they operate in the community is made up of a small staff, a pharmacy and nurse, which serves “people who have no interest in taking the vaccine”. Jones is seeing a similar lack of interest in May Pen, where he operates his private practice, but there are some more amenable to taking the COVID-19 vaccine.

He constantly encourages them to take the vaccine, making it clear that he has taken three shots, but they remain unmoved, despite believing in immunisation for their children.

“Most persons in the inner city don’t trust it (vaccine). They don’t trust those who are pushing it and they feel that it is being pushed at them too much so something must be wrong with it. So, for them, if they get corona, they use their home remedies,” he said, stressing that the low take-up of the COVID-19 vaccine is rooted in systemic distrust.

Others prefer to take their chances with God.

“They don’t trust the politicians for the same reasons they don’t vote. Many people in garrison communities vote because they are forced to, but many people in Jamaica have opted out of the system, because they do not believe anybody cares for them,” said Jones.

“There are far too many people in Jamaica who believe they are on their own, that nobody cares for them, and they shouldn’t care for anybody else. And when you live in the ghetto, it’s easy to go there, because of their circumstances; far too many of them have died through violence.”

Jones said it was difficult to gauge the winds of public opinion in Jamaica today because of the chasm between the classes, with no “cross-pollination of ideas and values”.

“In a sense, the chickens have come home to roost. So we have four different kinds of Jamaica, with people who think one way and another set thinking differently with no convergence,” he stated.

For him, the country has moved past that crossroads and is now at a busy and dangerous intersection.

The devout churchman believes, for the most part, the Church, which has been charged with the responsibility to feed the children of God, has failed, instead offering “prosperity gospel”.

“Part of the challenge we face is that there is too much focus of some parts of the Church on something called prosperity gospel, which is no gospel at all, and which is leading people away from the primary role of the gospel, which is service. The Church is under stress from that type of distraction and so the cohesiveness that is required is absent,” Jones explained.

“The Church is too divided and it should not be.”

Referencing Etana’s Wrong Address and Morgan Heritage’s Reggae Bring Back Love, Jones said it was the Church that was appointed by God to do good work and manage the affairs of the people, and not the politicians, irrespective of how high their offices are.

“The reality is that Jamaica has declined precipitously between 1960 and now in terms of our quality of life. We are just in the sixth month and we gone more than 600 murders? This place is becoming intolerable,” he stated.

He also pointed out that repressed emotions from the COVID lockdown period are responsible for much of the stress in the schools today, “anger because of abuse, sexual or otherwise”, which is impacting both students and teachers.

“Teachers are under severe stress, which comes out in the discussions I’m having with them. They cannot take it any more. Many would leave Jamaica tomorrow morning, and many of them are leaving. The stress is playing havoc in their lives, and they are now dying,” he stated.

For years, Jones has served the National Road Safety Council – a non-profit organisation which lobbies government to develop and implement road safety policies.

He is deeply concerned that an annual average of 400 persons have died needlessly on the roads in the last five years.

Despite the passage of new Road Traffic Act, the implementation of the regulations remains outstanding. Jones is optimistic, again, that after numerous promises, “the regulations should be in place by September”.

It was also not a foregone conclusion that more carnage comes with good roads, he noted.

He views the current ticketing system as useless, as the desired results are not being achieved. Persons were not feeling the consequences of the system, as, for example, if 60,000 tickets are issued, only 7,000 are paid.

An effective system is among the council’s current focus.

“These are desperate times. There are far too many people who see their future in scamming, extortion or heading for the border to get away,” he stated.

But he sees hope and better days ahead.

“The Church will have to lead, because I do not see the politics changing much in the next quarter century,” said the devoted Jamaican, who still has faith, still believes and continues to serve.