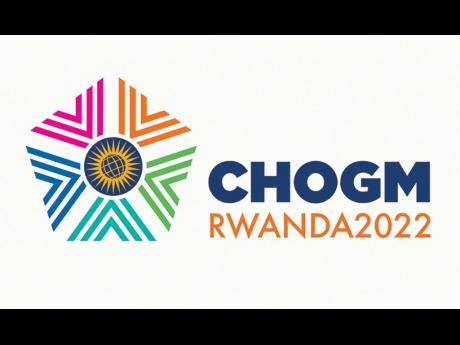 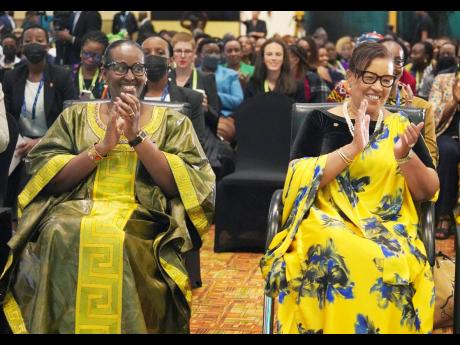 New Times Rwanda
Jeannette Kagame (left), the first lady of Rwanda, and Patricia Scotland, the Commonwealth secretary general, at the opening of the Commonwealth Women’s Forum in Kigali on Monday. Scotland is being challenged by Jamaica’s Kamina Johnson Smith and Tuvalu’s Sir Iakoba Italeli.
1
2

(New Times Rwanda for The Gleaner): Several delegates attending the 12th edition of the Commonwealth Youth Forum have called on heads of government of the 54-member bloc to back calls for debt cancellation for poor countries in the wake of the...

(New Times Rwanda for The Gleaner):

Several delegates attending the 12th edition of the Commonwealth Youth Forum have called on heads of government of the 54-member bloc to back calls for debt cancellation for poor countries in the wake of the impacts of COVID-19 pandemic.

This, they say, will help national efforts to create more jobs, especially for youth.

“Heads of government must address the issue of unemployment among youth, especially with all that’s happened with the pandemic,” said Moitshopi Matsheng from Botswana.

“For some governments to save their economies, they were forced to take huge loans, and yet the youth never got back the jobs they lost,” she said.

“The only way out is for the Commonwealth heads of government to speak as one and call for debt cancellation for the poor countries.”

Matsheng, who heads the Botswana national youth association, added that the Commonwealth should also devise policies that compel the private sector to reserve job quotas for the youth.

“Another solution that the heads of government may consider is instructing start-ups and private companies to have a particular quota for youth jobs before they can be licensed,” she said.

Sharonice Busch, a delegate from Namibia, reckons that, as part of a long-term solution to the mismatch between school curricula and the needs of the labour market, leaders of the Commonwealth need to push for a harmonised education system.

“This will help address unemployment to create new opportunities. And this can only happen if the leaders of Commonwealth countries agree on a common plan,” Busch said.

More than 350 young people are meeting in the capital Kigali for the youth forum ahead of the main Commonwealth Head of Government Meeting (CHOGM) this week.

“We need to restart our economies, but we can’t do that when we are struggling with debts. We are living in times when poor countries are spending more on servicing foreign debt and acquiring more and more debt. This needs to be addressed,” said Richard Magamba of Uganda.

He also called on Commonwealth governments to extend tax holidays to start-ups run by the youth.

“Most of our ideas and innovations don’t get to see their first birthday due to high taxes. We need to see the heads of government come out of their retreat saying that ‘we have decided to remove taxes for start-ups for a period of two years’,” Magamba said.

The three-day Commonwealth Youth Forum, which has been under way at Intare Arena in Gasabo, is scheduled to end on Tuesday.

Resolutions from the forum will be presented to the leaders’ forum later this week.