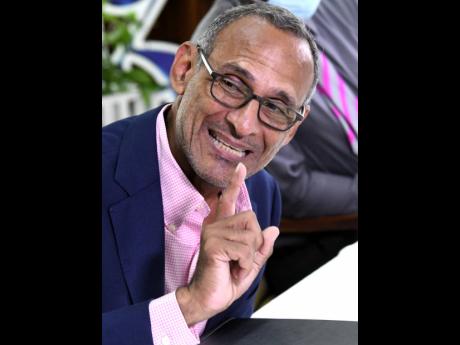 Think tank leader and economist Dr Damien King, who has been appointed to conduct a review of healthcare financing in Jamaica, is expected to deliver his report in June 2023.

King, who has received a draft of the terms of reference, said the right time to conduct such a review had passed decades ago.

Had it been done earlier, Jamaica would have been much better prepared to deal with the COVID-19 pandemic, said King, executive director of the Caribbean Policy Research Institute,

King told a Gleaner Editors’ Forum on Tuesday that the report will identify the most efficient model to deliver basic, nearly universal health coverage.

“When you look at every measure or indicator under this area, which is the quality of care that people get, the number of Jamaicans who don’t have access and the cost of the relatively poor outcomes that we have, the country scores poorly,” King, an economist, said.

“It is, therefore, impatient of debate that this is an area that we need to organise to deliver better in a more cost-efficient way, and that’s the purpose of this exercise,” he detailed.

When asked about the composition of the review team, he said it is his obligation to structure how the work is conducted.

“What we have decided to do, myself and the lead researcher, is in addition to having a research team who is gathering the data and doing the analysis, we’re going to set up an advisory committee to sort of oversee that we are using the right methodologies and bring all the relevant questions to the discussion,” King disclosed.

Minister of Health and Wellness Dr Christopher Tufton said that over time, it is expected that participation will be maximised.

“I would like at the end of this process, every Jamaican or certainly the overwhelming majority of Jamaicans to understand the relationship between their decision-making and how it will impact them in terms of their health status and their ability to afford it,” Tufton said.