Lawyer ordered to comply with court order or face imprisonment 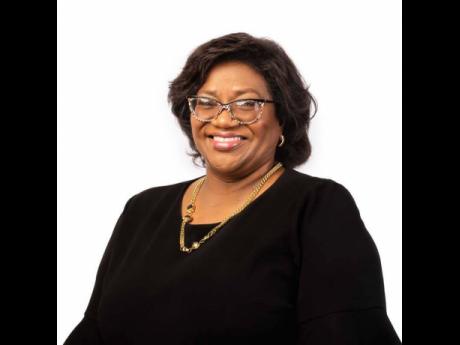 A parish court judge issued a committal order last week Wednesday against Queen’s Counsel Denise Kitson, a managing partner at the law firm Grant Stewart Phillips & Company, to hand over documents being held by the firm to a liquidator within the next 14 days or be committed to prison.

Kitson was just recently elected chairman of the General Legal Council (GLC), becoming the first woman to hold the position.

Attorney-at-law Kevin Williams, who is representing Kitson, said last week that they will be appealing the order made by Parish Judge Alicia McIntosh.

He said the order meant that if Kitson does not comply she could be sent to prison or fined.

The committal application is in relation to a matter against both Kitson and attorney-at-law Herbert Grant, a partner in the law firm Grant Stewart Phillips & Company. Williams is also representing Grant.

Roger Phynn, liquidator for the Mount Royal Cooperative Society Limited at 5 Holborn Road, Kingston 5, applied to the Civil Division of the Kingston and St Andrew Parish Court for an attachment order after the law firm failed to comply with his order of March 22 this year to deliver all documents belonging to Mount Royal, which is in liquidation.

Grant Stewart Phillips & Company was the legal adviser for Mount Royal prior to it going into liquidation. Mount Royal deals in real estate and property developments and the liquidator is seeking to get approximately 100 certificates of title as well as sale agreements from the law firm.

The defendants were not served personally with the application and an order for substituted service on the firm on their behalf was obtained by the liquidator.

Williams said that an affidavit filed on Grant and Kitson’s behalf opposing the application indicated that the issue concerns fees which have been outstanding for several years, having been billed by Grant and sent to both the Registrar of the Cooperative and Friendly Societies and liquidator Phynn in July 2020.

“The fees are not and have never been contested, and the liquidator acknowledged them as due and instructed in writing that they were to be settled out of the proceeds of sales being handled by the firm,” Williams said.

He added, “The issue of the enforceability of an attorney’s lien for non-payment of bills in such circumstances is of paramount importance to the legal profession and must be determined definitively.”

The liquidator brought committal proceedings without an action being filed against the defendants, Williams pointed out.

Attorney-at-law Rita Allen-Brown, who is representing the liquidator, also reiterated that the judge’s order meant that if Kitson does not obey the order to hand over the documents, she will be committed to prison. She said the liquidator made an application for a committal and it was granted.

Rita Allen-Brown argued in court that the liquidator has the power of a parish court judge to compel production and delivery of documents belonging to Mount Royal. She said the defendants’ contention that they have a solicitor’s lien at common law over the documents is baseless and at no time does the common law override the Cooperative Societies Act of Jamaica.

Allen-Brown said the liquidator’s hands are tied because he cannot do anything without the documents. She said the law firm claims money is owing, but such a claim must be made to the Registrar of the Cooperative and Friendly Societies.

Allen-Brown told The Sunday Gleaner that the law firm was first served with the liquidator’s order on March 22, but it failed to comply with the order. It was next served with an application for an attachment warrant issued by the parish court to deliver up documents within three days but there was no compliance.

The liquidator then instructed her to apply for an order to commit the defendants Grant and Kitson for failure to obey the order and it was granted. Allen-Brown explained that a defendant has a legal right to appeal, but there is also a remedy for disobeying a liquidator’s order under Section 60 (2) of the Cooperative Societies Act.

However, Williams noted that the liquidator demanded the documents by way of letter in early March 2022 and Grant Stewart Phillips & Company responded, alerting him to its exercise of a lien over the documents as fees remain outstanding and had indicated to the liquidator that they would hand them over on payment of the debt or provision of an acceptable undertaking for payment.

He said in response to the firm’s exercise of its lien, the liquidator demanded delivery of the documents by way of a purported order on March 14, 2022 and again on March 22, 2022 without any hearing or an opportunity for a hearing as to whether the lien was enforceable and sought attachment proceedings instead.

“In fact, the true chronology of events left no room for the firm to raise the dispute in any other forum that may have been available, as committal proceedings had already been filed in court by the liquidator on April 4, 2022,” Williams emphasised.