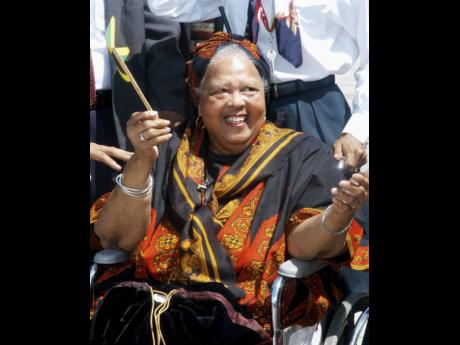 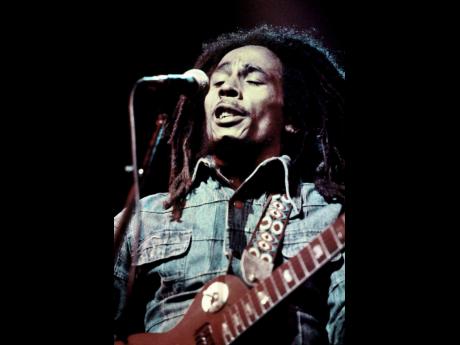 An equal number of Jamaicans have recommended that reggae icon Bob Marley and folklorist and poet Louise ‘Miss Lou’ Bennett-Coverley be named national heroes. In an RJRGLEANER Group-commissioned Don Anderson poll, 29 per cent of respondents...

In an RJRGLEANER Group-commissioned Don Anderson poll, 29 per cent of respondents recommended Marley and another 29 per cent said Bennett-Coverley should be granted hero status.

The Order of National Hero is the most senior order and may be conferred upon a Jamaican who has rendered to the country service of a most distinguished nature.

Twenty-seven per cent of Jamaicans polled said they could not think of a potential new national hero, while nine per cent said sprint legend and eight-time Olympic champion Usain Bolt should be conferred with the honour.

The order is usually presented by the governor general on the advice of the prime minister.

To date, only seven citizens have been accorded the Order of National Hero.

Miss Lou elevated the regard for Patois with her animated, comical performance poetry which explored profound themes such as colonialism, black pride, and identity.

Lecturing widely in the United States and the United Kingdom, Bennett-Coverley was the recipient of several honorary doctorates.

Professor Emerita Carolyn Cooper, a specialist on culture and development, is not surprised that Marley and Bennett-Coverley are the overwhelming choice of the nation.

“Both of them have had a huge impact on our society. Bob Marley took reggae and Rastafari livity to di world. And Louise Bennett-Coverley, aka Miss Lou, encouraged us to claim the power of the Jamaican language in our world,” said Cooper, a leading advocate for the teaching of Patois.

The veteran teacher of English language and literature said she could not understand why respondents could not "come up with" a single new national hero.

“Perhaps the whole business of a national hero doesn’t mean anything to them. A pity. We need heroes to motivate us to excel,” she said.

Director and curator of the Jamaica Music Museum at the Institute of Jamaica, Herbie Miller, told The Gleaner that both Bob Marley and Miss Lou ought to be recognised as national heroes “for how they have helped to liberate the slumbering mentality of Jamaican people through the arts”.

“Bob Marley, more than all the national heroes combined, made the world know of Jamaica. If you should take out Marcus Garvey out of the seven, very few people in the world would recognise the six names left,” he said.

Miller argued that while Miss Lou did not have a global reach, she was a significant figure in the diaspora and well known among scholars.

“She’s a revolutionary in that she liberated our language for those who were tied up in the colonial language. Louise Bennett single-handedly made our greatest artistes realise that they didn’t have to sing in English.

“Bob Marley and the Wailers, among them all, figured out how to make the world sing Patois, know Patois, speak Patois, and live Jamaican.”

In April, St Ann South East Member of Parliament Lisa Hanna moved a motion in the House of Representatives for Marley to be named a national hero.

Hanna told fellow parliamentarians that Marley had already received international acclaim and was seen by many persons worldwide as a global hero.

She had also said that Marley’s message has stirred movements for revolutionary social change, which have continued to shape black consciousness and courage to fight against systemic injustice in Jamaica and the world.

The BBC proclaimed Marley’s smash hit One Love the Song of the Millennium in 1999.

Legend: The Best Of Bob Marley And The Wailers is the best-selling reggae album of all time with an estimated 33 million copies sold globally up to the end of last year, according to Billboard.

At the end of 2021, American business magazine Forbes ranked Marley among the highest-earning dead celebrities, coming in at number 11 with an income of US$16 million. Part of that success is credited to music-streaming service Spotify, where the artiste racks up more than 12 million monthly streams, with multiple generations listening to hits like Redemption Song and No Woman No Cry.

Last December, Opposition Senator Floyd Morris called for four of Jamaica’s cultural and sport icons to be declared national heroes in time for the country’s 60th anniversary of Independence, which was celebrated on August 6.

Morris moved a motion in the Senate for the honour to be endowed on Marley; James Chambers, better known as ‘Jimmy Cliff’; Bolt; and Miss Lou.

Professor Emeritus Mervyn Morris, a former Jamaican Poet Laureate, believes that the historical stigma surrounding the teaching and speaking of Patois is “a dying tendency”.

“Miss Lou has become embraced by all Jamaicans. I don’t think there is anybody out there who is saying Miss Lou and Patois are bad for us,” Morris said in a Gleaner interview late Thursday.

Morris said that the parameters of the qualifying achievements for heroism should be reviewed.

But he is not in agreement with a second-tier version of the ultimate award.

“It may be a good idea to expand the notion of national hero than pushing them to the side and calling them cultural icons,” the professor said.

Fieldwork for Anderson’s poll, assessing 1,113 respondents, was conducted between July 16 and 26. The margin of error was plus or minus three per cent.

SELECTION OF A NATIONAL HERO

The National Honours and Awards Act provides for the establishment of an Advisory Committee for the purposes of the Order of National Hero.

It is the duty of the Advisory Committee to make such investigations as it thinks fit to determine persons, living or dead, upon whom the honour of national hero may be conferred and to report to the prime minister the result of those investigations.

The prime minister, in turn, advises the governor general, who then confers the honour.