Residents appeal for action as road, bridge in disrepair 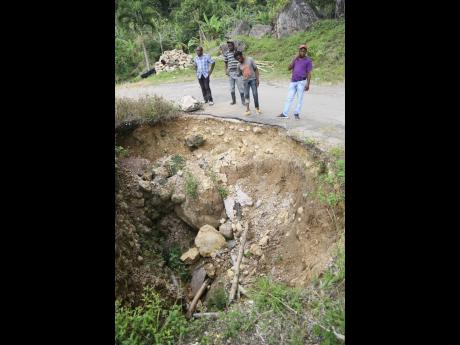 Nathaniel Stewart/Photographer
Residents of Mina shared that there have been several close calls as vehicles drive past the breakaway along the Sanguinetti to Coffee Piece main road in Clarendon. 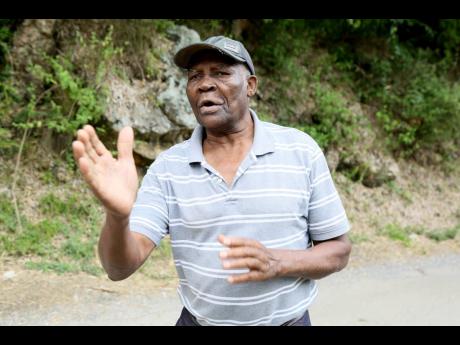 Nathaniel Stewart/Photographer
Dalbert Wright, resident of Mina, is one of several residents concerned that the river will continue to undermine the structural integrity of the Sanguinetti roadway. 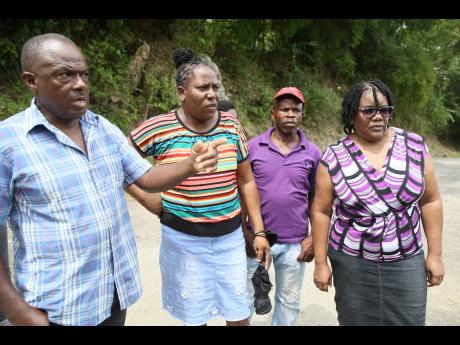 There’s no missing the huge breakaway on both sides as vehicles approach the Rio Minho bridge in Sanguinetti, Clarendon. It initially stoked fears and anxiety among residents before Tropical Storm Ian later barrelled through the Caribbean Sea...

There’s no missing the huge breakaway on both sides as vehicles approach the Rio Minho bridge in Sanguinetti, Clarendon.

It initially stoked fears and anxiety among residents before Tropical Storm Ian later barrelled through the Caribbean Sea farther southwest of Jamaica, eventually de-escalating its threat of major flooding in the island.

The bridge connects the adjoining communities of Low Wood and Dykes Hill to Coffee Piece.

Errol Newell, who lives close to the bridge in an area called Mina, said that they have had to deal with the breakaway for more than a year.

Newell said that several motorists unfamiliar with the road sometimes drive too close and career down the precipice.

There have been no fatalities to date, he said.

Another resident, Doreen Morris, said that the condition of the bridge has been a source of discontentment for commuters, leaving everyone “a nervous wreck”.

“Even the children travelling to and from school, trust me, it’s not a pretty feeling. It’s not a good sight, and we have asked for help before and nobody has said anything positive. If this road should go, we are all in problem,” she said.

Should the road become impassable, Morris said the alternative would be to travel a much longer distance to Brampton, or to Ritchies, a community that is even farther away.

“The roads are just as bad as this one. Just that they don’t have any breakaways like this, but the road surface has pure potholes, so it’s really bad,” Morris said.

Lorna Nevers said that another alternative road, in the direction of Coffee Piece, also has a breakaway, which has worsened with every shower of rain.

“So if it continues like this, things will be bad for those living in the middle. We have a member of parliament that we reached out to and we are not getting anything from,” she said of her frustration with Clarendon North Western’s Phillip Henriques.

A teacher and farmer, Nevers said the breakaway has caused her expenses to soar. Those business overheads include the hiring of two trucks, instead of one, for the delivery of feedstock.

“I get feed and the truck carry it here (to the bridge), and most of the time I have to get another truck - a smaller one - because it cannot pass, and it costs me up to $30,000 extra from here to home,” she explained.

Henriques agreed that the breakaway was grave, adding that there had been no substantive progress on the matter.

“It got destroyed. I had the National Works Agency and the parish council engineers’ people come up there and look at it. It’s a parish council road. It’s the responsibility of the Clarendon Municipal Corporation,” Henriques said.

The first-time lawmaker said that he lobbied the parish council to use an excavator to shore up the bridge’s embankment in order to lessen the risk of erosion.

“No work, I can’t get any work from the parish council. I am the MP for the area, so I have been pushing to get the thing repaired, but it actually falls under the responsibility of the parish council,” Henriques said.

Gordon acknowledged that the road fell within the remit of the corporation but said that bridges and rivers were within the purview of the NWA.

“After it collapsed, the parish council come in. Nobody never wanted to do anything, but the parish council did a lot of work with strengthening under the bridge with some stones and clearing the river so that the water could flow properly,” Gordon said.

He also revealed that the NWA has conducted estimates and gave the assurance that the municipal corporation would repair the road in the future.

NWA Communication and Customer Services Manager Stephen Shaw said that he would have to make further checks with the other agency personnel to get an update on the bridge.