No gambling crisis, but regulators concerned about prevalence 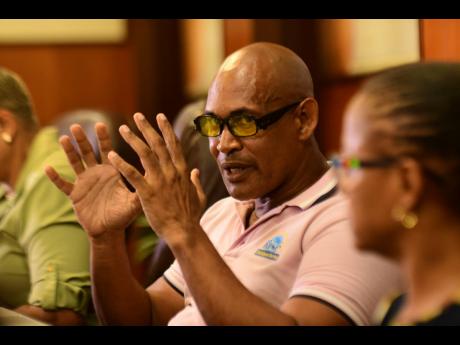 A recent study has found that almost 13 per cent of Jamaicans are considered problem or moderate problem gamblers, but stakeholders have asserted that the country is not facing a crisis. Problem gamblers are those who experience negative...

A recent study has found that almost 13 per cent of Jamaicans are considered problem or moderate problem gamblers, but stakeholders have asserted that the country is not facing a crisis.

Youth aged 18 to 24 years have the highest problem-gambling prevalence, followed by those in the 25 to 29 age cohort.

These are among the findings in Investigation of Adult Gambling in Jamaica, a $10 million study commissioned by the Betting, Gaming and Lotteries Commission (BGLC) and RISE Life Management Services.

A total of 2,001 interviews were conducted among persons ages 18 to 65 years between September and October 2021, with a margin of error of plus or minus five per cent.

Overall, the country has a five per cent gambling prevalence and a 34.4 per cent past year prevalence, indicating that they have gambled in the past year.

“We don’t have a crisis right now, but we certainly are concerned in terms of the prevalence that the study identified, and as you heard, in other jurisdictions, problem gambling is about two per cent, and we would want to bring it as low as we can in our jurisdiction,” BGLC Executive Director Vitus Evans said during a Gleaner Editors’ Forum on Wednesday.

Programme coordinator at RISE LIfe Management Services, Richard Henry, agreed that Jamaica is not in a crisis and can remain in its current state or see improvements with the implementation of relevant programmes.

“There are a lot of jurisdictions that don’t do any studies, and so they have no idea what their rates are. We have an opportunity now to be able to manage the situation,” he said.

Henry shared that in international studies, the rate of problem gambling among younger people is generally higher.

“People outgrow it or they get into self-help. It is what we do now with this 18 to 24 group to help them to come out of that sort of situation that’s going to be critical and also to not have that 18 to 24 group not be as high any more by doing better work on prevention in schools,” he explained.

Eight-five per cent of respondents reflected moderate to high support for gambling and six in every 10 respondents have gambled at least once in their lifetime.

He said it is important for agencies such as the BGLC and RISE Life Management to monitor gambling activities in Jamaica to ensure that there is no significant growth in the number of individuals classified as problem gamblers.

Evans told The Gleaner that it does not represent a failure on the part of the BGLC, but the agency recognises the need for more communication across the island.

“We will also have to tighten our own communication network in terms of some of the signs we need to update, like at Caymanas Park ... . We are hoping that throughout most of the gaming establishments, there will be more visuals about problem gambling,” the BGLC executive director said.

Further, she said appropriate intervention needs to be provided for problem gamblers and there needs to be continued monitoring of population prevalence to observe changes and respond accordingly.

Bourne also recommended that a follow-up survey be conducted within the next two years.