Vasciannie: Fishermen in Colombia saga lucky to be off the hook 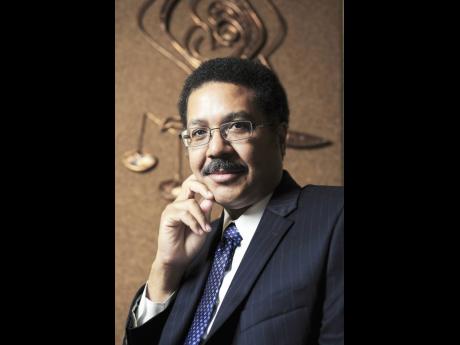 File
Professor Stephen Vasciannie: “We need to be careful that we are seen as law-abiding fisherfolk.”

Professor Stephen Vasciannie, former president of the Caribbean Conference on Maritime Delimitation, believes the 33 Jamaican fishermen who returned home last week are fortunate that Colombian authorities did not impose stronger sanctions against them for illegal fishing.

It is reported that the captain was charged in San Andrés and the vessel seized with some 6,430 kilograms of parrot fish.

“The Colombians could legally have arrested them and kept them in jail for a period of time, but the Colombians opted not to do so,” he told The Gleaner on Monday.

Vasciannie, who is also a professor of international law and former diplomat, explained that when a vessel is seized, it may be released upon proper application to the state authority.

“A lot depends on what the charges are. For example, if they had taken fish valued at millions of dollars, they might say that they have to meet the requirement of millions or dollars, so they hold on to the vessel. Alternatively, if it’s just $5,000 worth of fish, then a court may decide that it is not worth taking away the vessel,” he said.

He added that there is no guarantee that the vessel will be returned, but urged the owner to make an attempt.

Vasciannie called on fishermen to equip themselves with compasses and use them to ensure that they are within legal boundaries at all times.

In November 1993, Jamaica and Colombia signed a Maritime Delimitation Treaty, which established a joint regime area in which both countries agreed to establish “a zone of joint management, control, exploration and exploitation of the living and non-living resources”.

This treaty has resulted in a reduction in the number of Jamaicans detained in Colombia as they have a right to fish in that joint zone.

“There are limited fishing opportunities in Jamaica’s exclusive economic zone, so that is why they go to Colombia because Colombian waters have more fish. Some fishermen are aware of this and it has been a long-standing issue. From the 1970s, Jamaican fishermen have been subjected to detention and arrest in Colombian waters and they have been subject in our waters, too,” he explained.

However, he said Jamaican fishermen can enjoy fishing rights in Colombia’s exclusive economic zone once the appropriate licence is granted.

Vasciannie said vessels have been seized in Jamaica, but detention of the captain is rare.

Further, he said Jamaican fishermen need to be more mindful of maritime laws, especially in the context that the Caribbean Sea has been a centre for drug trafficking.

“We need to be careful that we are seen as law-abiding fisherfolk. If we are not seen as that, who knows, the drug trafficking problems might escalate. If you are prepared to disobey the law on fishing, people may perceive that Jamaicans are being insufficiently respectful of the law,” he argued.

Meanwhile, Vasciannie reasoned that the publicity given by the foreign affairs ministry on the matter represents a lesson learnt.

“Jamaican fishermen from time to time have been subject to detention and have maintained that they were badly treated or that the Jamaican authorities did not act quickly. This arose in the case concerning the Jamaican fishermen who were detained reportedly in Haitian waters and taken eventually to the USA and they said they were badly treated and they were chained on board,” the professor recalled.

In June 2019, the American Civil Liberties Union filed a lawsuit claiming the US Coast Guard improperly detained four Jamaican fishermen and kept them in inhumane conditions for more than a month.

Vasciannie said in that matter, Jamaica was criticised for not moving promptly to assist the fishermen.

“On this occasion, Jamaica has not only moved promptly, but it also publicised the fact that it was moving promptly, so that the Government would not be subject to the kind of criticism it got in the aforementioned case,” he said.

The foreign affairs ministry learnt of the fishermen’s detention on October 19 and they were repatriated on November 11.