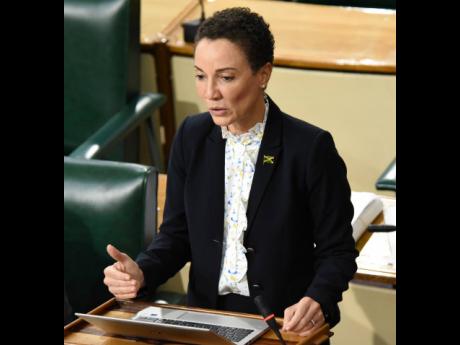 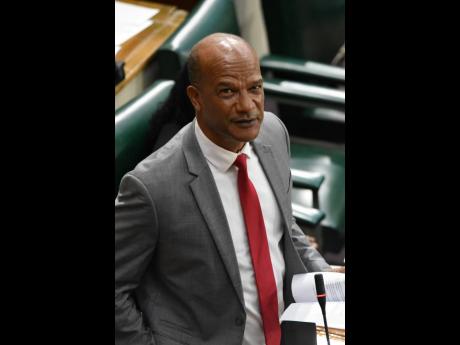 The seven states of emergency (SOEs) which were declared in sections of the island plagued with high crime rates on November 15 are set to fizzle on November 29 after the Government failed to win opposition support for their extension in the Senate on Friday.

At least one opposition senator would have had to side with the 13 government members to get the two-thirds majority vote required to approve the 46-day extension in the 21-seat chamber.

After more than five hours of debate, the senators voted along party lines, dooming the SOEs currently under way in Westmoreland, St James, Hanover, St Catherine, Clarendon, Kingston and St Andrew to end next Tuesday.

Senator Kamina Johnson Smith, leader of government business, reasoned that it was difficult to deny the success in saving lives under by SOEs. She said in the first week, there were only 12 murders across Jamaica, the lowest week of homicides since 2015.

Of the 12 murders, five were recorded in the 10 divisions in which SOEs were declared.

“We must use the tools constitutionally available to us to deliver the best possible results to Jamaica. Notwithstanding any hard positions that we have heard expressed before coming to this place, we really want to take this opportunity to encourage the Opposition not to support the Government, but to support the people who crave peace and security in their communities,” she said.

Johnson Smith argued that more than 1,300 murders before the end of the year in a country of Jamaica’s size is not normal and is beyond the scope of normal policing.

“We don’t believe that there is abuse or overreliance because it is done more than once. The Constitution provides no such restriction. On this point of overreliance, we have never stopped doing the things that need to be done – working on new laws, investing in more mobility … ,” Johnson Smith said.

Senator Peter Bunting, who led the debate on the opposition side, signalled very early that they would not be supporting the extension, arguing that he took an oath in Parliament to defend the Constitution of Jamaica.

Bunting, who is also the opposition spokesman on national security, argued that the Government must be able to craft legislation that does not suspend the rights of three million people in order to go after the 300 violent criminals..

“We believe that there can be much more targeted legislation. In fact, the leader of the opposition has developed a framework for it. He has discussed it with the commissioner [of police] and the minister of national security and I believe he will shortly make it public because we are about solutions and we are about saving lives,” he said.

Bunting and six opposition senators rose to their feet as he repeated a plural version of his sworn oath as a senator to close his contribution.

Further, the opposition senator argued that government members only quote statistics when it suits them.

“Last year at this time, we also had a state of emergency and during the first week of that SOE, there were 38 murders, week ending November 20, 2021. That was 37 per cent higher than the average week for the year, but no advocates for the SOE got up then and said SOEs don’t work because murders went up,” he shared, adding that correlation is not causation, as there is a certain randomness in how incidents of violence occur.

Opposition Senator Lambert Brown said if the Government is of the view that the vast majority of Jamaicans want SOEs, all it has to do is declare another one.

“It’s not sincere. It sounds like a trap that my friends are trying to set up that will be strung at some other point,” he remarked.

Brown said that in January, the Opposition was described by Senator Don Wehby as “shame, shame, shame”.

“All eight of us will resoundingly say no, so you can prepare your next speech to shame, shame, shame, because where the shame belongs will be on the Government, who has the power under the Constitution to reimpose the states of emergency,” Brown said.

The opposition senators were facing mounting pressure from various groups in relation to how they should vote.

Human rights lobby Jamaicans for Justice (JFJ) had urged senators to reject the request for an extension, saying that “political expediency is no justification for constitutional breaches”.

JFJ added that the reasons given by the Government do not meet the constitutional threshold for a state of emergency to be declared.

However, 15 private sector groups had urged senators to support the extensions, with the condition that the Government address outstanding key issues critical in achieving full opposition support.

“Jamaica is bleeding and we are at a point of great frustration as citizens,” the business groups had said.