How an American fugitive of 11 years made Norwood home

• 71-y-o facing child molestation charges extradited to US • He was a good guy, neighbours say 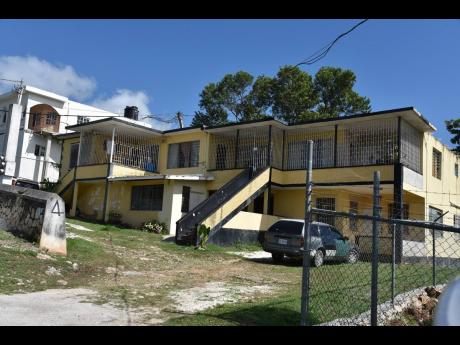 PHOTO BY MARK TITUS The apartment building on Hamilton Drive in Dunbar Pen, Norwood, St James, where Charles Rainey lived for several years as a fugitive from the United States. 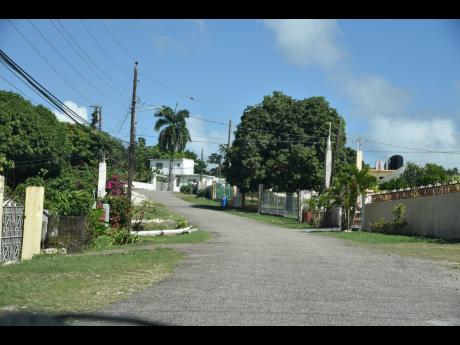 Residents of Dunbar Pen in Norwood, St James say Rainey assimilated the Jamaican culture very quickly and was not intrusive, only speaking when he was spoken to. He rarely left the community, mostly taking short trips to the Montego Bay town centre about three kilometres away to replenish food items. 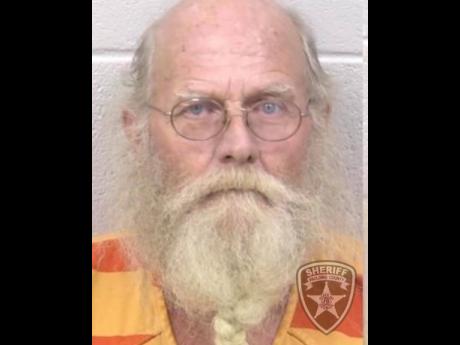 Paulding County Sheriffâs Office
Georgian fugitive Charles Rainey, who was caught in Norwood, St James, and extradited on November 18 to the United States, where he is facing child molestation charges.
1
2
3

For more than a decade, he lived among them, earned their trust, and did odd jobs on their properties. Now, residents in the middle-class community of Dunbar Pen in Norwood, St James, are reeling from the fact that the American man they all knew as...

For more than a decade, he lived among them, earned their trust, and did odd jobs on their properties.

Now, residents in the middle-class community of Dunbar Pen in Norwood, St James, are reeling from the fact that the American man they all knew as ‘Charlie’ was an accused child molester fleeing from the long arm of the law.

Charles Manord Rainey had been living at an apartment building located at 4 Hamilton Drive in Montego Bay since 2011, when he fled to Jamaica from his hometown in Paulding County in the northwestern part of the US state of Georgia.

Rainey was facing charges of aggravated child molestation, child molestation, and sexual battery filed against him in the summer of 2010 after allegedly assaulting a girl younger than 16. He was indicted on all three felonies in July 2011, but failed to show up for court and a bench warrant was issued for his arrest.

By 2012, the case was “dead docketed” because Rainey could not be found.

Neighbours awoke days ago to find their yard swarming with police as he was located in St James.

““They took away Charlie, but he has been such a good guy. We just believed it was a misunderstanding,” a senior citizen, who asked not to be identified, told The Sunday Gleaner last week. “He was like the utility man around here. He was good at sharpening saws, but did every little thing from cutting the grass, feeding your dog, or patching the pavement.”

Several homeowners living overseas also left Rainey in charge of the maintenance of their properties.

He also owned a herd of goats that he took to pasture each day.

Tenants at the apartment where Rainey lived told The Sunday Gleaner the name of the landlord, who they say lives along Leaders Avenue in Montego Bay, but refused to comment on the American’s time with them.

However, other residents of the area admitted that when Rainey first came into the community, they thought he was the owner of the apartment building that has been his home over the years, but doubts grew as he began moving around doing odd jobs.

“It was strange to see a white man with a [weed] wacker cutting a black man’s yard, but I just thought he just loved the Jamaican lifestyle, so after a while, you just get used to him,” said Valrie. “He gets along with everybody.”

Residents say Rainey assimilated the Jamaican culture very quickly and was not intrusive, only speaking when he was spoken to. He rarely left the community, mostly taking short trips to the Montego Bay town centre about three kilometres away to replenish food items.

“He travelled with me some of the time, got what he wanted, and went back to his own business, so you won’t see him at a church or bar, just from home to the hustle and home again,” said a taxi operator, who requested anonymity as she spoke with our news team.

The Counter-Terrorism and Organised Crime (C-TOC) Investigation Branch has received plaudits both locally and internationally for the successful capture of the 71-year-old Rainey in an operation.

Assistant Commissioner of Police Anthony McLaughlin, who heads the C-TOC Branch of the Jamaica Constabulary Force, said that during his time in Jamaica, no local report was received of Rainey committing any acts similar to those of which he is accused in the United States.

“The investigation is done by our US counterpart, who sends the warrant through the Office of the DPP (Director of Public Prosecutions) for the person to be picked up,” McLaughlin explained. “The [US Marshals Service] worked with us in preparing the documentation for extradition.”

Rainey, who was captured without incident on November 15, was deported on November 18 after acknowledging his identity and admitting that he had overstayed in the island during an interview with the police.

Neither Sheriff Gary Gulledge nor the investigator assigned to the case was available when The Sunday Gleaner contacted the Paulding County Sheriff’s Office (PCSO) in Georgia on Friday.

“It’s a holiday here, so it is not possible until Monday,” the receptionist said.

Rainey’s capture and subsequent extradition are being celebrated as a timely Thanksgiving gift for the approximately 173,780 residents in the Georgian county and the police are hoping that if there are other victims, they will come forward.

“Great job, Paulding County, and all those who assisted!” said Cecelia McMichen on the police department’s Facebook page. “Don’t think Mr Rainey is going to get a ‘welcome home’ party.”

“This is what happens with good relationships between agencies and nations. Great job! PCSO,”Jaime Harris added.

“Excellent work and thank you to the security forces from the Government of Jamaica, Jamaica Constabulary Force, the US Marshals Service, and the Paulding County Sheriff’s Office,” wrote Jennifer Carey.

Rachel Chevon, another Paulding resident, says she was employed by Rainey when he operated the Drag Strip, but he was always kind to her and never acted inappropriately.