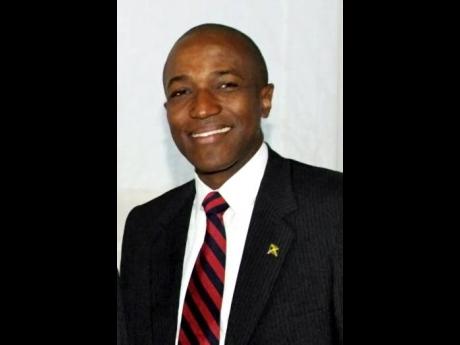 A petition from gay-rights activist Maurice Tomlinson to the Inter-American Commission of Human Rights (IACHR) seeking a declaration that Jamaica’s constitutional ban on same-sex marriage contravenes various articles of the American Convention of...

A petition from gay-rights activist Maurice Tomlinson to the Inter-American Commission of Human Rights (IACHR) seeking a declaration that Jamaica’s constitutional ban on same-sex marriage contravenes various articles of the American Convention of Human Rights has found favour with the international rights body and has been accepted for a decision.

The American Convention on Human Rights, which came into effect in 1978, is an international human-rights instrument aimed at establishing a system of personal liberty and social justice based on respect for the essential rights of man and was ratified by Jamaica 44 years ago.

Tomlinson, who holds both Jamaican and Canadian citizenship, and is legally married to a former Canadian police officer, is contending that he is desirous of returning to the country to care for his ailing parents, but is unable to lawfully return with his husband as the country does not recognise their union. He also charges that Jamaica’s laws violate a number of their rights.

The Jamaican lawyer, who has also mounted a challenge to Jamaica’s anti-sodomy laws in the local Constitutional Court, argued that because the Jamaican Constitution does not recognise same-sex marriage, he and his partner are unable to enjoy the benefits and protections afforded to them.

His bone of contention is with Section 18 (2) of the Charter of Fundamental Rights and Freedoms, which states, “No form of marriage or other relationship referred to in subsection (1), other than the voluntary union of one man and one woman, may be contracted or legally recognised in Jamaica”.

Consequently, he petitioned the IACHR in August 2018 to force Jamaica to fulfil its human-rights obligations under the convention and to reverse the ban.

The petition, filed on Tomlinson’s behalf by attorneys-at-law Dr Emir Crowne and Matthew Gayle, had also asked the IACHR to recommend that the government repeal Section 18 (2) of the Constitution of Jamaica in order to comply with the country’s obligations under the convention and that the government allow the naturalisation of same-sex spouses of Jamaican citizens on the same conditions as heterosexual spouses of Jamaican citizens.

Jamaica, on the other hand, is contending that the American Convention (particularly Article 17) does not incorporate any right to same-sex marriage and that, accordingly, the claims set out in the petition are ultimately manifestly groundless and, therefore, inadmissible.

But the IACHR, in a report dated November 22, ruled that the petition was admissible. The commission said that based on the claims regarding the constitutional ban on same-sex marriage and alleged consequences of that legal status quo could, if proven, establish possible violations of the rights established under the convention, including the right to a fair trial, privacy, freedom of thought and expression, of the family, equal protection, and judicial protection.

The body, however, found that the petition was admissible in relation to possible violation of the rights to humane treatment and liberty.

The report noted that for the purpose of admissibility, the commission is not required to establish the actual existence of a violation of rights, but simply to conduct a prima facie evaluation to determine whether the petition establishes the legal grounds for a possible or potential violation of a right enshrined by the convention.

However, the report highlighted that “with respect to the instant petition, the commission observes that as a general principle, the American Convention prohibits discrimination of any kind; and that this includes any discriminatory norm, act or practice based on a person’s sexual orientation, gender identity, or gender expression”.

Based on the ruling, the commission will analyse the parties’ allegations and the evidence submitted and may convene either a working meeting or an actual hearing. During this period, a friendly settlement can also be reached. If not, the commission will continue its analysis and proceed to make a ruling on the case to determine whether Jamaica is guilty of a violation.

Meanwhile, Tomlinson, in his petition, alleges that there is a pattern of harassment and persecution of members of the LGBT community in Jamaica perpetrated by members of the public and by the police and that the culture of homophobia is supported by the Constitution and legal framework.