Letter of the Day | Surrogacy should be legitimised 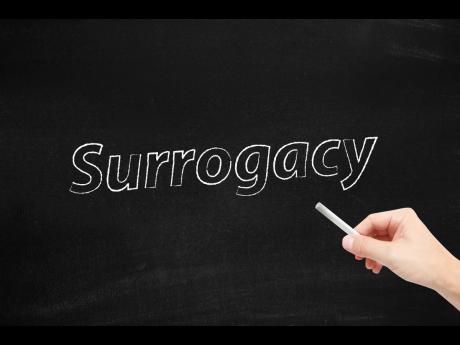 From as far back as 2014, there has been discourse in the local media surrounding surrogacy. Since then, publications have been sparse with latest being made in The Gleaner in 2019, which highlighted that Jamaican women are involved in surrogacy tourism.

Currently, there are no laws that regulate surrogacy in Jamaica and with that there is an increased likelihood of human rights abuses against surrogate mothers. There is also the issue of lack of legal protection for intended parents to ensure their full custody of the child/children after birth. It is, therefore, imperative that surrogacy be legitimised in Jamaica. The easiest way to facilitate this, I believe, would be through amendments to existing legislation, namely the Children (Guardianship and Custody) Act and the Children (Adoption of) Act.

There is no clause which explicitly states who has the right to custody. It is inferred that custody rights would automatically rest with the birth parents. That would first have to be stated explicitly, followed by amendments to the Children (Adoption of) Act to facilitate the transference of parental rights from those parents to the intended parent(s) where surrogacy is used.

Section 9 of the act outlines the power of the court to grant adoption orders. A clause would have to be added giving the court powers to grant pre-birth adoption orders to intended parents. This would be required to guarantee the intended parent(s) rights to the child/children. This would also protect surrogate mothers from having responsibility for the child/children after birth. I would also suggest that this amendment takes into consideration children who were conceived with and without the egg or sperm of the intended parent(s).

I think making these amendments would help to regulate a seemingly thriving industry.

Equality For All Foundation