Worried about my man fluid 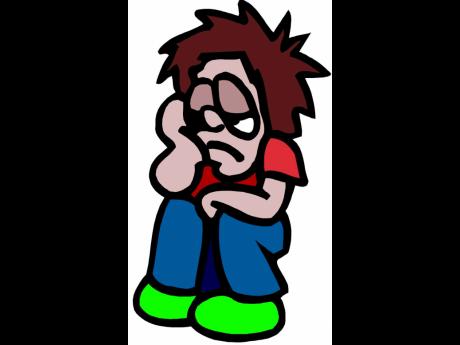 Q: Doc, I am worried about the amount of 'man-fluid' that I produce. I am 19 years old and have not yet had sex with a girl.

This is mainly because I am deeply concerned about the very small volume of the liquid that I ejaculate at a climax. I do not think it is more than a couple of teaspoonfuls, at the very most, and I am sure that any girl would laugh at this truly pathetic effort!

As a medical physician, is there any tablet you could recommend which would make me create more fluid? If not, then I guess I am doomed to remain a virgin.

A: Look, the first thing you need to understand is that women are not at all interested in how much fluid a guy produces. They really could not care less.

Of course, when a couple has sexual intercourse, the woman usually has no idea of how much liquid the man has produced - because it is all inside her.

Please forget this idea that females will not want you because of the volume of liquid which you ejaculate. Frankly, that is just foolishness. Forgive me for being so blunt!

So how do the 'blue movies' sometimes appear to show men ejaculating gallons and gallons? Well, they use various tricks. These include:

n Filming an actor while he climaxes - and then filming him next day, doing it again; the two sequences are then 'stuck together' so that it appears that he is producing twice as much;

n Surreptitiously introducing squirts of milk into the shot so that it seems that he is shooting out vast amounts of white fluid.

When I inspected this sequence, it became quite clear that the director had hidden a small tube just 'out of shot', next to the actor's thigh. This tube was then used in order to project prodigious volumes of milky fluid - all over the two leading ladies. The whole thing was quite ridiculous, but viewing it had badly damaged the young patient's self-esteem.

Don't let yourself be fooled. I am sure there is nothing wrong with your orgasmic 'performance', and I confidently predict that you will eventually establish a good and happy relationship with a nice young woman.

Q: Could you clarify something for me, Doc? If I decide to start taking the Pill, what are the side effects that I could expect?

A: Many young women experience no side effects while on the Pill; however, quite a number of patients get minor and trivial side effects to start with. These unwanted effects generally go away after a few packs. They include:

n 'Spotting' of blood between the menses;

There are also more serious side effects - but they are very rare in younger women. You should read about them in the leaflet that comes with the tablets.

You also have to bear in mind that the Pill also has good side effects. In particular:

n It makes the menses lighter;

n It makes them shorter;

n It usually makes them pain-free.

For more information, check with your doctor when she gives you a 'pre-Pill check-up'.

Q: My new boyfriend is 18, which is a little older than me. He is a 'sex expert' and he has told me that the greatest thrill a girl can experience is to have two guys - one immediately after the other.

Doc, what he wants me to do is to have sex with his best friend immediately following sex with him. He says that I will never forget the wonderful feelings that this produces, but I have doubts! Your advice, please.

A: Look, do you really think that a lad of 18 could be a 'sex expert', and do you imagine that he would have the faintest idea of what could provide 'the greatest thrill' for a woman?

No! Indeed, all he wants is to have a sort of 'sex game' in which he and his friend take turns at your body. Doubtless, they think that this will be great fun for them, but I am doubtful whether it will be fun for you.

In fact, females do not often enjoy being 'taken' by two males. In all my years of practice, I do not think I have ever seen a woman patient who told me that she had really enjoyed being 'shared' by two guys.

Also, please remember that what these two young men want you to do is rather risky. You may get a sexually-transmitted infection. You may get pregnant, and in the fairly small north-coast town where you live, you could end up with a bad reputation.

All in all, I think this is a pretty dumb idea. Please tell your boyfriend 'no way'.

Q: The other night, I thought a girl was going to let me have sex, Doc, but, at the last moment, she changed her mind.

When I was on my way home in a 'robot', I developed a bad pain in both my testicles. It lasted all night.

A: No. This sort of pain is perfectly normal in young men who have got sexually excited but then don't 'discharge'.

In doctors' textbooks, it is sometimes lightheartedly referred to as orchitis amorosa acuta - meaning 'lover's acute testicular inflammation'. It is caused from congestion (which is a sort of internal swelling) in the testicles during the sexual excitement of kissing and petting. Generally, the pain does not happen if the guy reaches an orgasm, so you can quit fretting.

He hurt me and the experience gave me no pleasure at all. I thought it was messy and uncomfortable and I bled a little afterwards. The only good thing was that I did not get pregnant.

I don't know why I had such a bad experience. Do you think I am a lesbian?

A: There is no evidence at all for that. Research has shown that many young women find 'the first time' disappointing - especially if the guy is clumsy and inexperienced.

Cheer up! My forecast is that one day you will find a loving young man with whom you will really enjoy sex.