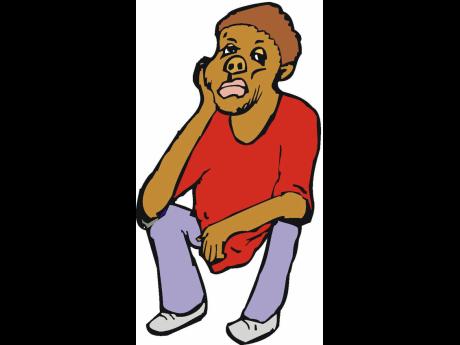 She has a big house and she asked me to visit with her there. She is a widow and no one was living with her at her place. I really liked her.

So I was delighted when (almost immediately) she invited me into her bed. Doc, sex with her was absolutely great. I had not had much experience before that. She would not use any contraceptive.

One day, when we were together in bed, she told me she was 41, which seemed pretty 'old' to me. But she was in good shape, through working out in the gym and stuff like that. I think she had been a model when she was younger.

Well, our relationship was great for around a month. Then one day she told me it was time to end it. She gave me a warm kiss and a hug and then handed me a little present and said goodbye.

I was sad, Doc, and I actually cried that night.

I returned to my studies, and tried not to think about her, but a few weeks later, I heard from a friend that my adored lady friend was pregnant.

I was stunned by this news. The idea of being a babyfather was a big shock for me. I did not know what to do. I tried to contact her by phone and by email, but she did not reply.

Doc, what would you advise me? I try to be a pretty 'moral' guy who does the right thing. I know that I am responsible for this baby. Should I tell my parents what has happened? Unfortunately, I have no money, and I could not support a child.

So is this 41-year-old really a mother? From what you say, it is quite probable that she has been childless - up until now! It seems like she is currently pregnant.

My immediate thought is that she may well have enticed you into her bed in order to give herself a last chance of having a baby. In other words, she probably picked you as a suitable source of healthy young sperm in order to make her conceive.

Some people would blame you for what you have done with this older lady, but others would argue that it is not entirely your fault that she is pregnant because she was probably determined to have a child and definitely would not use any contraceptive.

Also, I have to point out that there is a possibility that you have not considered. It could be that she is actually pregnant by someone else. In other words, it could be that she has also been using some other guy as a sort of 'sperm provider' - just like you.

In the present state of uncertainty, I cannot really see that telling your parents about your affair would achieve anything, but I think that in around nine months' time, you could email the older lady again (or go and see her), and ask her how she is, whether she has had a baby - and whether she thinks that you are the babyfather.

By that time, things should be somewhat clearer. Also, there would also be the possibility of doing DNA testing on the baby.

Q. Hi, Doc. Last week, I had sex with my girlfriend. I didn't use any protection, but I removed my penis right before I came, so everything should have been OK.

Five days later, my girl is saying that she is 'feeling funny' and experiencing some headache. She also has stomach ache.

Doc, what might the problem be? Is she pregnant?

A.First of all, can I say that this practice of relying on withdrawal of the penis is most unwise. Too many young couples use it. Sometimes it works, but quite often it doesn't!

Having said that, the symptoms which your girlfriend is experiencing do not suggest pregnancy. I certainly hope she isn't pregnant, but the two of you must just wait and see if her menses arrive.

Her symptoms of headache, bellyache and 'feeling funny' could be caused from hundreds of different things. If these symptoms persist, she should consult a doctor.

Q. Doctor, I am a female student, age 16. No one at school knows this, but my menses have not started yet.

I have two questions for you, Doc:

2. As I already have a boyfriend, would it be safe to have sex with him - since presumably, I am not fertile yet?

A. The age at which young women reach puberty is very variable indeed. For most girls, the menses start between age 11 and age 15, but a small minority do not get there until age 16. A few perfectly healthy teenagers don't experience the first menses until 17 - or even a little later.

But a good rule is that if the periods haven't put in an appearance by the 16th birthday, you should have a brief check-up from a doctor, who will take care to establish whether you have any gynaecological problems. Most important, the doctor could check if you are anaemic - since anaemia (weak blood) often causes absence of periods - and advise you whether any further tests are necessary.

Turning to your second query, I note that you already have a boyfriend, but I urge you not to have sex with him. Why? Because of the simple fact that teenage girls can get pregnant, even though their menses have not yet started! So please, avoid sexual intercourse.

Q. If my girlfriend and I have oral sex, is there any possibility that it could make her pregnant?

A. No, that cannot happen, but if either of you has had a previous partner, please be aware that oral sex can pass on germs - such as those which cause sexually transmitted infections.

Q. I am a 19-year-old female. I think there must be something wrong with me, Doc, because whenever I have had sex, the guy's sperm just seems to 'roll' straight out of me.

That is real worrying because I fear it means that I can never have a baby.

A. You can quit fretting. It is normal for most of the male sex fluid to run out of the female afterwards. This is because there is really nowhere in a woman's body for it to go.

- E-mail questions to Doc at saturdaylife@gleanerjm.com and read more in the Outlook Magazine tomorrow.