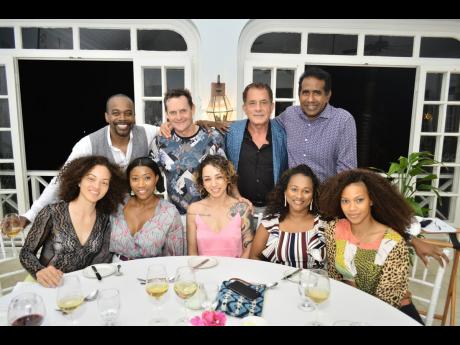 Tryall Club's Director of Club Operation, Richard Ferdinand, combined work with his recent birthday celebration at the Tryall Club. After an electrifying fashion show production at the Tryall’s 1834 Great House, with designers Keneea Linton and Mark Anthony and guess performer Zia Benjamin; there was a lobster dinner at the Great house restaurant.

The A-list of guests were invited to an after-party hosted by James and Manuela Goren, at their Stella By The Sea Villa. There, they were treated by Cohejun Reggae band and DJ services by Reggae Tech, with a special performance by a visiting Gypsy Band gifted by Alexandra LoSavio. The cake was made by KukUp Kreations.

Here are some of the A-list personalities that attended on Wednesday:

14. James Goren - Tryall Villa Owner and host villa for the after party

16. Chris and Maria Gordon, owners of Island Strains and Lounge 27/27