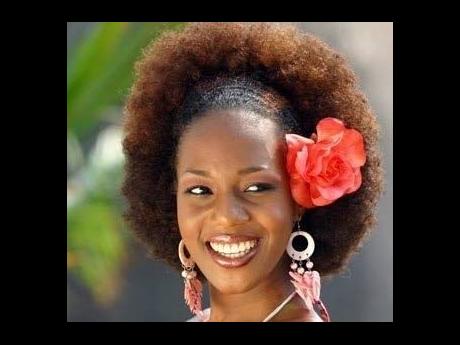 Contributed
Former Miss Jamaica Dr Terri-Karelle Reid was one of the first to rock an Afro throughout the pageants. 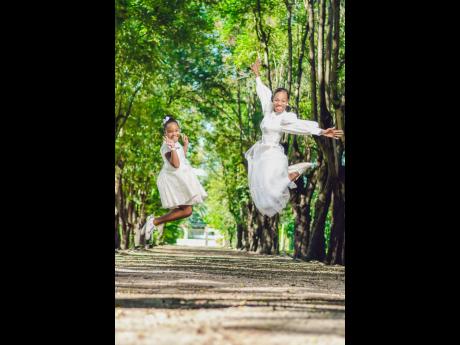 Oneil Grant
On September 25, Reid’s career takes a different turn as she is set to be in Birmingham to speak at TEDxAstonUniversity under the theme UNTAPPED. The topic is ‘The untapped potential of raising children holistically’ – sharing her journey with her daughter Naima-Kourtnae. 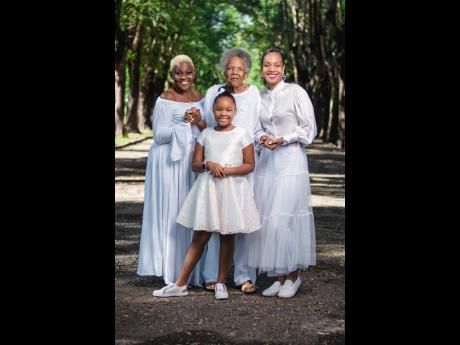 Oneil Grant
Dr Terri-Karelle Reid considers herself extremely lucky to be part of a four-generation family that is female and that has simultaneously inspired and kept her grounded. From left: Mother, Donna; grandmother, Jeanie; and Terri-Karelle. Front: Daughter, Naima-Kourtnae. 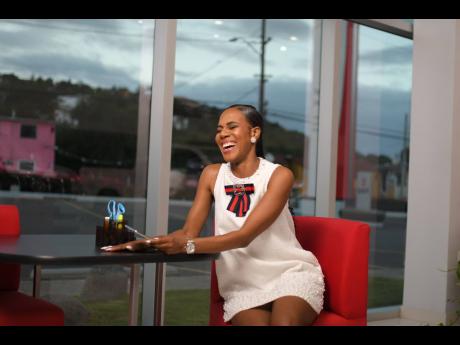 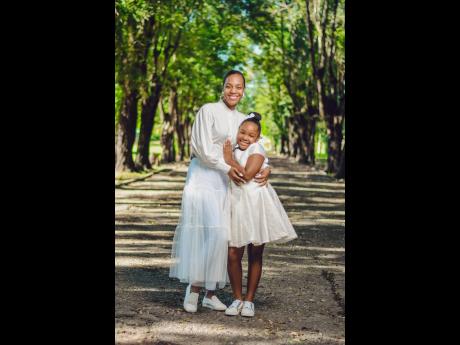 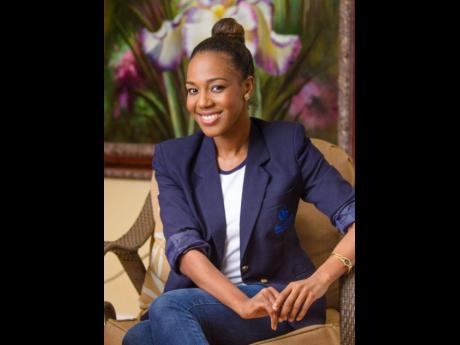 She’s your Jamaican girl. Dr Terri-Karelle Reid has won us over without even trying. Being your authentic self allows for that, and one thing is for certain, Reid gives off genuine vibes.

The TV presenter, host, social media guru, human Ethernet, and connector of dots has designed a life that works for her. On how she’s done this, Reid says with humility, “You have to control your narrative. You simply cannot accept definitions or the narrative that people put on you, and therefore it is absolutely imperative that we design who we are.” Making it clear that curating your life does not equate to falsifying anything about your livity, she continues, “We are making a conscious, intentional effort to say this is who I am, and this is what I stand for.”

Renowned South African cleric and activist Desmond Tutu once said, “You don’t choose your family. They are God’s gift to you as you are to them.” If you follow Reid on social media, you quickly realise that her family means the world to her and are the roots of who she is. Considering herself extremely lucky to be part of a female four-generation family, she is simultaneously inspired and kept grounded by her grandmother ‘Jeanie baby’, mother Donna, and daughter Naima-Kourtnae.

As a child, Reid says she was always asking questions, being inquisitive, curious, adventurous, disciplined, and self-motivated. Has she strayed from these attributes as an adult? It doesn’t seem so.

With all her recent accolades, many youngsters aren’t aware that Reid is a former Miss Jamaica and was one of the first to rock an Afro throughout her pageants. As we take a trip down memory lane, she is asked if it was a conscious effort to rock her natural tresses during her time in pageants. She answered, “The fact that there were persons who felt that it [the Afro] would put me at a disadvantage, it jolted me, but it also fuelled me to say, ‘Well, let me show you’ that you can be a beauty queen, you can be beautiful, and your hair can absolutely be natural and in Afro, and I’m happy that I stuck to my guns and took it all the way to Miss World and was able to place.”

She’s full of surprises. While viewers clamour to watch her on television and have notifications for when she posts. Some are also intrigued that Reid is a doctor. A veterinarian, to be more specific. However, she isn’t actively working in the field. Why? After graduating veterinary medicine in Cuba, the local veterinary board did not accredit students who pursued it in our neighbouring Spanish-speaking island. While she could have opted to continue her education at St Augustine in Trinidad or Tuskegee in the US, after completing numerous years at veterinary school in Cuba, due to lack of funds and taking into consideration the additional years it would take to become locally accredited, Reid decided to try something else. She’s unable to describe exactly how giving up on that particular dream felt, but says, “It was heartbreaking because it was the only thing I wanted to do.” She pauses to think about how she consoled herself back then and continues, “This has got to be a part of God’s master plan. He can’t bring me this far to drop me like a bad habit.” Taking that rejection and making it her redirection, she picked herself up and found other avenues to be who she is today.

Our girl is far from perfect. Who is? But again, this is what makes her so likeable. Don’t get her hangry (hungry + angry = hangry); she’s serious about her food. She also reveals she’s an introvert. While she loves her family and friends, more often than not, she prefers her own company and is content with a book, and will skip out on cocktails and small talk before a gig or commanding a stage. “I’d rather eat okra raw than do that,” she says with a smile of having to do too much mingling.

On September 25, Reid’s career takes a different turn as she is set to be in Birmingham to speak at TEDxAstonUniversity under the theme UNTAPPED. The topic is ‘The untapped potential of raising children holistically’ – sharing her journey with her daughter Naima-Kourtnae. “I am still pinching myself. It’s surreal,” says Reid, who shares that while humbled to be asked, she was surprised that she would be speaking about her journey of parenting Naima, the bright and thoughtful child who was once dubbed ‘Baby Blue’, that we have had the pleasure of watching grow into a beautiful girl both on the inside and out. We’re also fond that Naima’s debating skills are on point, as when Reid shared she would be doing the TEDx talk, Naima quickly wanted to know if she would be going also and gave valid reasons why she should. We’re rooting for her, so we had to ask. Is Naima going? Reid says with a laugh, “The verdict is still out.” We’ll just have to tune in and see.

Asked when all is said and done for Dr Terri-Karelle Reid, what is the legacy she would like to leave, our Jamaican girl says, “When people think of me, I hope it motivates and inspires them to bet on themselves.”