Challenge winners share their journey to health and wellness 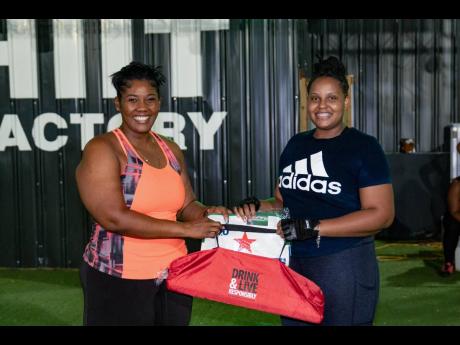 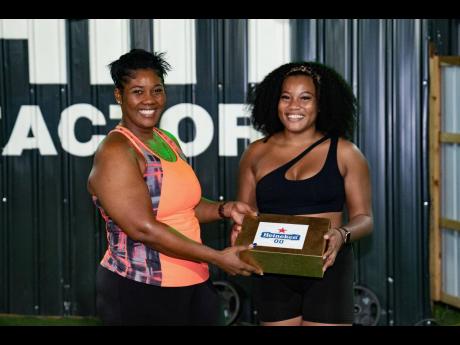 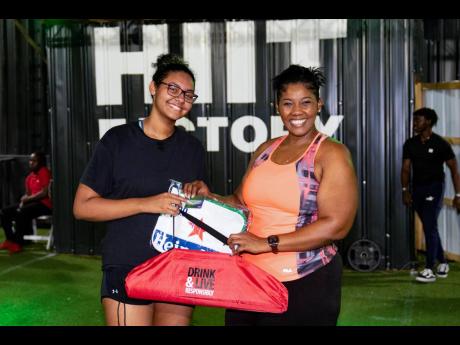 Let’s be honest. Most of us know the importance of eating healthily and staying active; however, prioritising wellness while balancing a hectic, modern lifestyle can seem almost impossible. These were the odds that Alae Jumpp, Isabelle Lewis and Samantha Brown faced when they boldly decided to put health first and sign up for the Drink and Live Responsibly ‘Cheers to a Dry Lent’ challenge at the Express Fitness Platinum gym.

At the end of the programme, the trio was announced as the top performers out of 30 who took on the challenge to abstain from alcohol for 40 days and focus on health and fitness. We caught up with the three winners to hear what motivated them to keep going, and how others can follow in their footsteps.

Faced with health concerns, Jumpp decided to embark on a health and fitness journey a few months ago. She hoped that by changing how she ate and committing to regular exercise, she could reduce the severity of her asthma and polycystic ovarian syndrome. So, when she learned that her gym had teamed up with Red Stripe’s Drink and Live Responsibly campaign and Heineken 0.0 to launch a challenge for Lent, she saw it as a motivation to push her forward. The possibility of winning a free three-month gym membership only served to sweeten the pot.

“I had already been working out at least four days a week. During the challenge, I decided to add 30 minutes of cardio exercise to my existing workout schedule. I think I will continue doing this, even now that the challenge is over,” she said.

By sticking to a strict and rigorous workout schedule, Jumpp lost an impressive 13 pounds and several inches during the 40-day challenge, a feat she accomplished on her own, without the help of a trainer.

“I used the knowledge I had gained from previous training sessions, particularly the concept of workout splits. For weeks, when I worked out for five days, I would focus on my lower body the first day, do my upper body the next day, and repeat that schedule for the next two days. On the fifth day, I chose to focus on core workouts.”

As she worked towards her ultimate goal, Jumpp decided to apply her expertise as an assistant dietician and switch up her diet a bit, lowering her carbohydrate consumption and increasing her protein intake.

“When I want a sweet treat, I choose a block or two of dark chocolate. I am not a fan of fruits, so I add it to a protein shake to ensure I get my full daily fruit intake. Eggs are a complete source of proteins, so as long as you don’t have any health issues that prevent you from consuming eggs, they are a great choice for breakfast. Ensuring I got enough protein was significant, because it helps build and maintain muscle mass.”

For those who want to embark on their journey, Jumpp recommends visiting a dietician to get professional advice, and asking a friend to act as an accountability partner to help them stay on track.

For Lewis, the chance to pursue wellness with like-minded individuals was the biggest selling point for the Cheers to a Dry Lent challenge. That added layer of accountability is what helped to fuel her drive to push further. Like Jumpp, Lewis had already embarked on her fitness journey, but says the friendly competition from the challenge was the boost she needed.

“It was comforting to know that other people were going through the same journey as you. I was coming close to achieving my weight loss target, and I saw the challenge as a great way to burn off those final 10 pounds, and I was successful.”

Lewis shared that for her, part of the secret to staying on track was to build a support system of people who celebrated her progress and helped her stay the course when it got difficult. She also worked with a trainer at Express Fitness, who played an essential role.

“If there is one thing I took away from the challenge, it was to be more accountable. Like many people, I don’t always want to check the scale to see where I am, but during this challenge, I was forced to keep track of my progress by doing consistent check-ins.”

Practising portion control was an essential factor in Lewis’ success. She learned to balance her diet without opting for pricey ‘health foods’. “When I go to the supermarket I have a budget; I can’t afford to splurge on expensive items just because they are healthy. I practised moderation by reducing my intake of items like rice or bread and making healthier substitutions for snacks. I don’t believe in completely cutting out any foods. If you want chocolate, have some, but be mindful of your overall diet.”

Her advice for those looking to start a fitness programme: “Surround yourself with good people who have your best interest at heart. Ensure that they understand how much you want to achieve your goals, so they can help to motivate you when you are unable to motivate yourself fully.”

“I saw the advertisement for the challenge and thought, why not? I am already on a programme to lose weight, so I might as well push myself,” said Samantha Brown, the third-place winner in the Cheers to a Dry Lent challenge.

“I decided to sign up, knowing that even if I didn’t win any of the prizes I would not lose, since I would have gotten that much closer to my overall weight loss goal.” This mindset led Brown to lose seven pounds and a few inches over the 40 days of Lent.”

Like many people around the world, the pandemic took a toll on Brown’s previously active life. As a result of work from home, curfews, and shuttered gyms, Brown moved less and packed on the pounds. She noticed a drastic change in her body, as she was easily fatigued from even light activity. That’s when she knew she had to make a change. As soon as the gyms reopened, Brown decided to recommit to herself and to her health. She notes that despite her new determination, the process was still a difficult one.

“It was not easy, but luckily I had already begun to make exercise a regular habit. Even though I could not make it to every session, I had built a routine and was motivated to keep going. It also helped that Express Fitness’s group classes, especially the spin class, were very engaging. During this period, the weight I lost was all from attending spin class a couple of times per week.”

One major takeaway from the challenge for Brown was a greater focus on her diet. She shared, “Throughout the challenge, I wasn’t doing much personal training because of my schedule, so I knew my success would depend heavily on my ability to eat healthily, so I placed a bit more focus on that area.

“I know getting started can be difficult; I also had difficulties. I would pay for a gym membership, but the journey to getting myself to commit fully was a bumpy one. Regular gym workouts can be quite boring, which may affect your ability to keep going. What helped me was to find an activity at the gym that appealed to me [and] that I could have fun doing.”