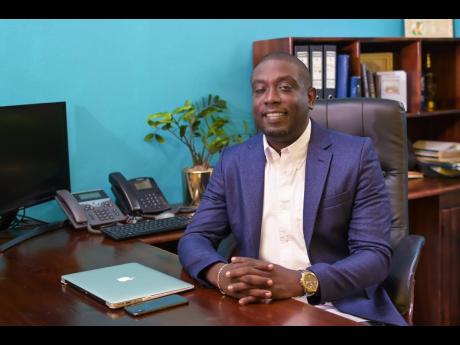 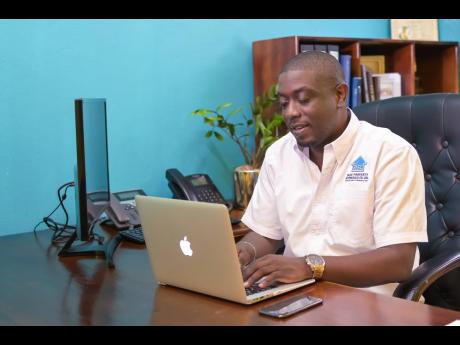 Contributed
From two CXC’s, with hard work and dedication, Taylor has now made a name for himself in real estate.
1
2

Ryan Taylor has been on a relentless quest to create excellence in all areas of his life regardless what comes his way. No stranger to hard work and taking decisive action, he is committed to continuously becoming a better version of himself and elevating real estate in Jamaica.

The founder and CEO of Tasc Property Appraisals, soon-to-be real estate broker, part-time lecturer at the University of Technology on valuation methods and techniques, past president of the Association of Land Economy and Valuation Surveying – ALEVS (2019-2020), past chairman of the Construction Industry Council (2020-2021), and current chairman of the disciplinary committee for the Real Estate Board, has spent over a decade learning all the variables of real estate and excelling in the field.

Born and raised in Patrick City by Denise Davis and Robert Taylor, he comes from a family of solution-oriented thinkers who nurtured his growth with unconditional love and support. One of his earliest memories of self-improvement and overcoming a challenge was in grade 2 when his mother realised that he was not reading well. She promptly found a tutor who helped him become an avid reader within a year. Throughout his life, his mother’s belief in him, no matter what, has been a driving force in his quest to realise his full potential. He describes her as his “cheerleader, confidante, and everything a man would need in a mother”.

His teenage years brought even more valuable experiences. In what he calls the “best days of my life” at St George’s College, Taylor confesses that he was more known for skylarking than for being an exemplary student. As a result, he flunked high school, entering fifth form last in his class and graduating with only two CXC subjects in which he got grade three’s. This personal setback due to a lack of judgment on his part became another opportunity for growth when he went to work at his father’s own real estate firm – Oran Real Estate. He recalls the experience fondly:

“I went into the office, and my father interviewed me.” He pauses. “Interviewed me. I mean, a real, serious interview, and I started working there, and I wasn’t treated special.”

Through tough love, his father, his first mentor, inspired him to become a better man.

“He [my father] was the one who inspired me to become the man I am today. I wanted to be like him. I wanted to walk, talk like him.”

While out on an errand to get lunch for his father one day, Taylor’s encounter with one of his former high school teachers became the turning point in his trajectory. Taylor admits that he felt like a failure because he had to tell her that he was working for his father after graduation. However, the experience, he says, made him intent on finding his purpose and making a name for himself.

When the idea came to start his own property appraisal company, another pioneer in the family became his guiding light. And she still lights his way from her photograph in his current office wall and ideas planted in his heart that she taught him by example. Elsie Agatha Taylor – his paternal grandmother – has always been a loving force in his life. She was a phenomenon in her own right who worked as a real estate attorney well into her 80s before transitioning in 2020. A devout Christian, she taught him to give back, have compassion for others, and have unwavering faith in God. Taylor describes her as the cornerstone of his career and praises her support and mentorship for shaping who he is as a businessman today. With only a vision but no means to make it happen, his grandmother invited him to set up his first office at her law firm – Elsie Taylor and Company – at 60 Laws Street and supplied him with projects and clients, which enabled him to build his practice. This early experience of starting with nothing and working hard to make a name for himself under the guidance of his grandmother inspired passion and a lifelong pursuit of professional excellence.

Next, he attended the University of Technology – twice, earning a diploma in real estate and a Bachelor of Science in Surveying and Information Sciences, followed by an MBA in Construction and Real Estate from the University College of Estate Management.

Since entering as a licensed appraiser, he has been on a mission to raise standards within the industry:

“After getting into the field, I realised I could supplement more information in the reports for the clients at a more affordable price.”

He is known for providing higher-quality valuation reports. To achieve this, Taylor learned his profession from different angles to have a more well-rounded view. He studied land surveying full-time for four years (2011-2015) to better understand property orientation and gain more experience working at different companies while running and scaling his own business.

Living by his father’s words, “If you fail to plan, you plan to fail”, Taylor has become more adept at working smartly and expanding his vision. He is a respected industry innovator focused on staying ahead of the curve. Through ALEVS, he has implemented various strategies and solutions within the industry but believes it is up to individual companies to ensure execution and continuity.

As one of Jamaica’s leading valuation firms, TASC Property Appraisals serves to upgrade the real estate process consistently. It now has offices on Maxfield Avenue in Kingston and Fort George Street in Portland, the latter being another dream come true for Taylor. Famous for its old-world charm and magnificent natural beauty, Portland parish is a haven for both local and world-famous international visitors, and Taylor sees it as the perfect location to implement regulatory strategies and solutions.

Now a man pulled by his vision, Taylor is known for surrounding himself with other winners. He builds his teams from highly qualified and self-motivated professionals who are passionate about continuous improvement like himself. He nurtures connections made in high school and university and believes that building relationships with like-minded individuals is crucial to business growth. From his varied areas of study, he has forged an invaluable network of industry professionals, business support, and camaraderie. Taylor continues to grow through mentorship from respected industry juggernauts like Andrew James, founder, and CEO of A. S. James and Associates. He sees James as a great leader who inspires him to make significant changes in his personal life and create a legacy worth remembering. He counts learning about time-management, delegation and commitment from James as tools he used to accomplish goals, even during the pandemic.

These days, Taylor relishes his new role as father to his two and a half year old son, Jaden, who he describes as “his greatest accomplishment”. He cherishes close family and friends and honours his grandmother’s legacy by giving back in an annual back-to-school treat held at her office on Laws Street. In addition, he helps others to thrive by offering support and mentorship to young people. A good-humoured and humble game-changer, Taylor believes there’s a piece of the cake for everyone. Equipped with a powerfully positive mindset, he continues north, making bold business moves and fashion statements (we’re referring to the full lilac suit). “God is in control,” he says, and we agree. For some, the sky’s the limit, but for winners like Taylor, it’s only the view.