Historical background of coffee in Jamaica 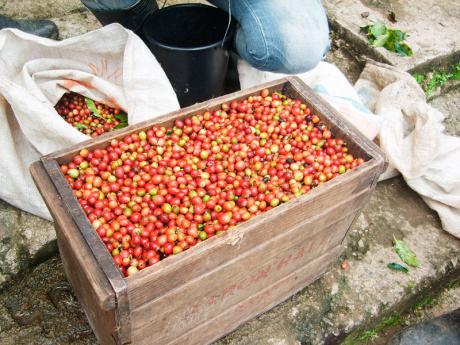 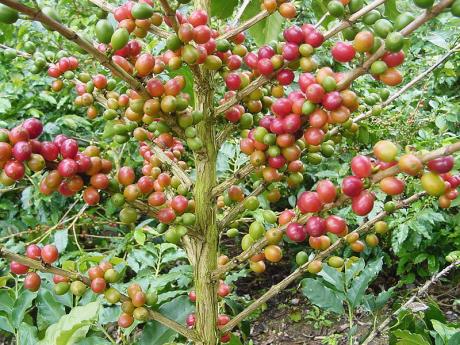 Coffee production began in Jamaica in 1728 when the then governor of Jamaica, Sir Nicholas Lawes, brought approximately eight coffee seedlings from Martinique. Governor Lawes planted those seedlings at Temple Hall in St Andrew, one of his many properties. At about the same time, an unnamed gentleman from Vere in Clarendon also imported a number of berries, also from Martinique.

Within a decade, there was a rapid expansion of the local coffee industry. This was due, in part, to the influx of refugees from the Haitian Revolution. The Haitian masters and their slaves brought with them their experience and expertise in coffee production.

This rapid expansion was, however, short-lived, chiefly due to poor land preparation and agronomic practices which resulted in severe landslides and the loss of the productive soils. Things got worse after Emancipation as the slaves deserted their plantations, resulting in large-scale abandonment of coffee farms, with some being rented or sold to small farmers. This resulted in coffee becoming a small-scale peasant crop as opposed to the plantation crop it was previously.

The industry continued to decline, reaching a low point in 1943 when Canadian importers refused to buy Jamaican coffee due to its poor quality. This led to Government intervention with the appointment of the then governor for agriculture in the West Indies, A.J. Wakefield, being asked to make recommendations for the rehabilitation of the coffee industry.

Central to those recommendations was the formation of the Coffee Industry Board to provide regulatory guidance in the growing, purchasing, sale and processing of coffee. From these regulatory activities, the board collects a cess which is used to carry its operations.

The sustainability of Coffea arabica

Coffee is the second most traded commodity worldwide after crude oil. It is a crop of great economic and social importance for numerous countries around the world. In the consumer market, Coffea arabica is the preferred choice, in comparison to robusta coffee, due to its beverage quality, aromatic characteristics, and low-caffeine content. Given that importance, arabica coffee has become one of the world's most valuable agricultural commodities and accounts for two-thirds of the global coffee market.

Despite all of that, coffee has not received the same attention, as say tomato or pepper, with respect to the strengthening of its genetic variability. The Coffea arabica varieties grown all over the world are derived from either the 'Typica' or 'Bourbon' genetic base, which has resulted in low-genetic diversity among cultivated arabicas. This narrow genetic base has resulted in a crop with not only homogenous agronomic behaviour, but also with a high susceptibility to biotic and climatic challenges.

This lack of primary structural diversity could also result in the species having a low adaptability in response to environmental changes or market demand pressures. This situation, which is attributable to the self fertilising origin, reproductive biology, and evolution of the species, has created a limitation for coffee breeding, thus hindering important improvements from being carried out in the cultivar.

Genetic improvement could help to determine important biological characteristics in coffee which might be of relevance to coffee producers, coffee processors and coffee consumers as well. Improving the cultivars will allow for efficient use and preservation of the coffee genetic resources.

Conventional breeding, though mainly used for coffee improvement, is a long process involving several different techniques which could go up to 30 years before complete success is obtained.

In light of this, it is imperative that alternative techniques that are reliable, quick, and efficient be developed. Among the various markers available for genetic analysis in coffee, molecular markers are more efficient, precise, and reliable than other markers for discriminating closely related species and cultivars. The DNA-based markers have the potential of complimenting coffee breeding and improvement programmes in form of marker-assisted selection.