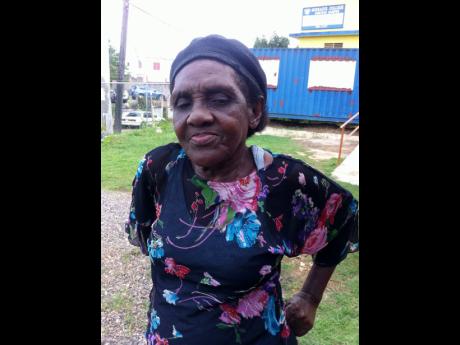 SEVENTY-YEAR-OLD GLORIA Stanley would be considered by many as an ordinary Jamaican, but her dedication to service and true spirit of volunteerism has, undoubtedly, placed her in a category that makes her special to her community and all those who she has come in contact with.

Stanley grew up in Kingston. She attended the All Saints All-Age School and, after leaving school, she went on to do a home nursing course. Stanley said she left Kingston and followed the man who eventually became her husband to Linstead where she has been residing for the past 39 years.

"I wanted to do something that had to do with taking care of people," according to the woman who said she dedicated her life to service from an early age.

"I was born with the feeling that I had to help people from I was growing up. My opportunity came when I became a community health nurse and took pleasure in visiting people's homes and caring for them, especially the children," the senior citizen told Rural Xpress.

She revealed that her chances for furthering her nursing career were cut short when she got pregnant with her first child, who was followed by seven more, a situation she said confined her to the status of housewife.

Stanley described how during her childbearing years, she was undaunted by the challenges associated with caring for her children, still finding ways to help people. She sought and got employment at the Linstead Hospital as a ward assistant while volunteering her time servicing the community through the Jamaica Red Cross, Optimist and other service clubs.

Thinking that she could do more, she volunteered at the Linstead Primary and Junior High School to prepare breakfast for the students, a chore she does five mornings a week, waking up from 4 a.m. to get to the school to carry out her duties. Recently, she extended her community involvement by reaching out to young people through the AIDS Awareness Committee. As if not satisfied, she also volunteered her time working with the Disaster Preparedness Committee in Linstead as part of a team of first responders.

Stanley was greeted with the sad news of being diagnosed with breast cancer five years ago. However, this did not change her determination to continue doing voluntary work, something she said she believed in. Stanley had the biopsy done three years ago and is now

cancer-free, based on recent tests carried out by her doctor.

Stanley said her dedication and commitment, coupled with the joy of serving people have assisted her cancer recovery. She currently works as an office assistant at the Linstead Town Centre.

Principal of Linstead Primary and Junior High Gloria Johnson has lauded Stanley's contribution to the school's breakfast programme. "She prepares the most crucial meal of the day, the most needy students are the beneficiaries of this, through Mrs Stanley's contribution, a number of students who would not normally have a meal to start the day are benefiting," Johnson told Rural Xpress.

Velda Francis, clerical assistant at the school said it was a joy to see a senior citizen so dedicated to service, a rare sight in Jamaica today.