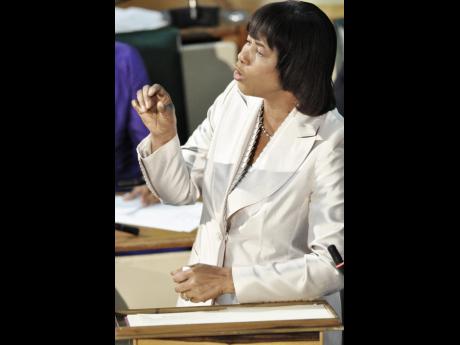 Prime Minister Portia Simpson Miller has announced an islandwide rest-stop programme, which, she said, will allow more Jamaicans to benefit directly from tourism.

"I instructed that this must be done. We cannot have people visiting our country and driving from one place to another, but no rest stops. That is going to be coming on stream," the prime minister said.

Contributing to the Budget Debate in the House of Representatives on Tuesday, Simpson Miller said $1.6 billion is to be spent on several activities including the programme.

"This year, the Ministry of Tourism, through a partnership with the Tourism Enhancement Fund and the Tourism Product Development Company, will commence work on the islandwide rest-stop programme, as I have insisted. The programme will be implemented over three phases. Twelve locations have already been identified for Phase 1 in St Elizabeth, St Ann, Trelawny and Hanover," Simpson Miller said.

She said some $1.6 billion will be expended in various programmes across the island including during the 2015/2016 fiscal year to help boost the tourism product for visitors and local alike. An islandwide public beach park programme has also been announced.

"We are ensuring that our children will have access to the best beaches in Jamaica and areas which they can play and have some fun," she said.

The prime minister also said health-tourism projects, including the Milk River Hotel and Spa redevelopment, will be undertaken this fiscal year.

"I really feel time come that we should not have our spas just (like that), but have them well-developed, refurbished so that, at the same time, people are going to the spas can also enjoy a little of Jamaica," she said.

"Tourism is not just about sun, sand and sea. We are investing in our culture and our people so that our visitors can share in Jamaica's diverse offerings," she added.