'It was a difficult road, but I'm smiling today' 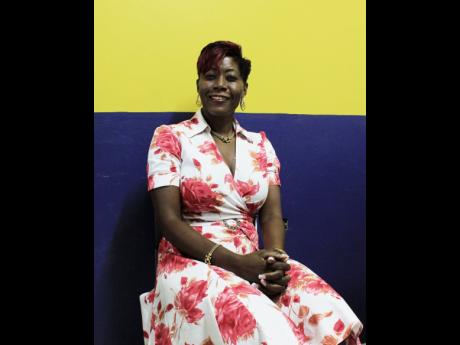 Orantes Moore
Educator Janet Brimm speaks of her struggles as teen parent and her success.

As the Ministry of Education's regional director for St Mary, Portland, and St Thomas, Janet Brimm holds one of the most powerful posts in the Jamaican education system.

Brimm, 40, is a successful, high-flying executive with two smartphones and a shiny Lexus sport utility vehicle to help accommodate her hectic schedule.

However, as any aspiring professional will tell you, the road to the top is often long and winding and similarly, as a teenage single mother, the journey into senior management for the Ministry's director of Region Two was anything but straightforward.

Brimm told Familiy & Religion: "I have a 23-year-old child, which means I became pregnant at the age of 16. It was a difficult road, but I'm smiling today. Later this year, my daughter will be graduating from the University of the West Indies out of the faculty of medicine, so what else could I ask for?"

"Each person's struggle is unique, but it was difficult for me coming from a humble family with expectations and then graduating from high school six months pregnant. My family was very hurt and, at one point, I thought they had given up on me, so I had to take on a level of maturity and start to fend for myself.

"It was really a struggle, but things are only impossible until they are done, and I can't hold on to the impossible, so I look for something tangible. It might not be easy and you may have to look at some unorthodox ways and think outside of the box, but just get it done."

Brimm recognises that striking a healthy balance between parenting and career development is challenging, but her testimony is living proof there is always hope for a young student who finds herself single and pregnant.

"There's always a way," she explained. "First, conceive what you want in your mind and then develop two plans. If plan A doesn't work, switch to plan B. It may take a longer time, but don't be too overly optimistic or expect too much in too short a time. Work it through and don't give up."

In the three years since Brimm became Region Two director, the number of students passing the Caribbean Secondary Education Certificate examinations in mathematics has risen around 20 per cent, but although she is encouraged by the statistics, the Portland-born educator insists there is still much work to be done in terms of improving academic performance.

Brimm loves her job, but acknowledges that without the support of a loving family, it's unlikely she would have enjoyed such a fruitful career.

She said: "My family, which includes my mother, father and four siblings, had very little money, but were, and still are, very supportive and encouraging, especially my father who, from a very tender age, always told me: 'You're going to be a star.'

"When I got pregnant, things looked a little daunting, but when you have a strong foundation and know that your people believe in you, you hang on to that. Although they were disappointed in me, I knew in my head that I had to do something to make them proud."