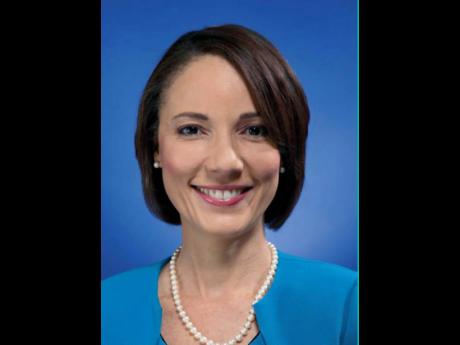 Suggestions from the contractor general for so-called politically exposed persons to be disqualified from being appointed commissioners of the Integrity Commission have been rejected by parliamentarians reviewing the proposed law.

The contractor general has suggested that a politically exposed person (PEP), that is, an individual who is, or has been entrusted with a prominent function, be kept away from serving in the anti-corruption body because they hold positions that can be abused for the purpose of laundering illicit funds or other predicate offences such as corruption or bribery.

However, with the exception of Senator Kamina Johnson-Smith, the committee said that accepting the recommendation from the contractor general would only lead to bias against politicians.

"I am reluctant to introduce and institutionalise bias against persons who have served in the Parliament, to say they are ineligible or that they aren't eligible for some time," committee member Mark Golding said during Wednesday's sitting.

Committee member K.D. Knight said the suggestion should not be entertained.

"I find it offensive," he said.

Johnson-Smith argued that, if PEPs are to be considered, politicians should only be considered after at least five years have elapsed since their active engagement.

"There is reason for the concern and there is a reason that there is a framework for politically exposed persons nowadays and I would think that, if we were to ignore the political element, that would be a rather large thing to ignore," she said.

However, committee member Julian Robinson said that there are persons who may be captured under the definition of PEPs who are worthy for appointment as commissioners in the Integrity Commission. He pointed, for example, to Carl Rattray, a former parliamentarian who was later appointed president of the Court of Appeal.

"There are other examples of persons who may have relations with active politicians. Should they be excluded?" asked Robinson, whose father Patrick Robinson was last year elected to the International Court of Justice.

But Johnson-Smith argued, "Although we are able to identify persons like Mr Rattray, who stood head and shoulders above many in terms of being able to be objective, I think when we legislate, we should be trying to establish systems that are not dependent on personal excellence."

In the end, the committee agreed that the provision which speaks to eligibility for appointment as commissioner is sufficient. The bill states that a person shall be eligible to be appointed commissioner if he is a person of integrity, capable of exercising competence, diligence and impartiality in fulfilling his functions.

"There are politically exposed persons - in fact, the vast majority, I should think, are people who could be appointed," said Delroy Chuck as he pushed back at the proposal for PEPs to be excluded from being considered as commissioners on the Integrity Commission.

The bill provides for five persons to be appointed commissioners, one being the auditor general. It is to be completed by retired judges, a senior retired public official with expertise in finance or accounting, and a member of a non-government organisation such as civil society.

A member of the committee may be recalled and replaced if two-thirds membership in each House of Parliament objects to the appointment.

The Integrity Commission Act seeks to consolidate the laws relating to the prevention of corruption and the award and monitoring of government contracts, into a single anti-corruption agency.