Hylton is doing his best - Government 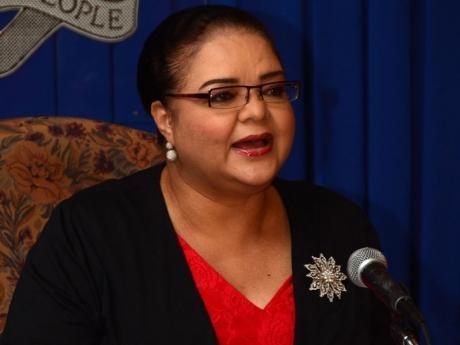 Industry, Investment and Commerce Minister, Anthony Hylton still has the confidence of the Cabinet despite criticisms of his handling of a proposed multibillion-dollar logistics hub investment.

Hylton has been facing mounting public pressure over his handling of the proposed investment by Krauck Systems.

Cabinet recently halted negotiations between Jamaica and the investors but gave Hylton’s ministry the authority to continue talks with the entity if it wishes.

Speaking at yesterday’s post-Cabinet press briefing, Minister with responsibility for Information, Senator Sandrea Falconer said Hylton’s Ministry could have done better to communicate the proposed investment with the public.

However, she insisted Hylton is doing his best to bring investment to Jamaica.

Meanwhile, Senator Falconer said there is no conflict in the Cabinet's decision to allow Hylton to continue talks with Krauck Systems even though formal negotiations have ended.

Senator Falconer could not say whether Hylton is continuing talks with Krauck.

The Opposition has called for his resignation.