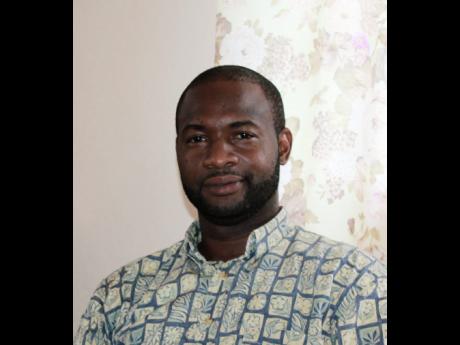 Orantes Moore
Pastor Paul Hemmings speaks of his plans for his community.

Pastor Paul Hemmings is one of St Mary's youngest religious leaders and subsequently has many contemporary and novel ideas about how to engage and develop the economically devastated community where he ministers in Harmony Hall, Highgate.

Unlike the vast majority of his contemporaries who looked elsewhere to launch their careers, after completing his theological studies, Hemmings, 34, returned to Highgate to help rebuild the pastoral town where he was born and raised.

He told Family and Religion: "I have had opportunities to go outside of St Mary and Jamaica, but felt the church here needed me, so I responded, got training, and came back. The brain drain was and still is heavy on St Mary, and I just felt that by staying, I could do something good for Highgate.

"I saw the need for teaching and training, and felt fulfilled doing these tasks, which was inspirational. I also saw how my mentors lived a simple life they enjoyed and felt that was something I'd like to do.

"I was around 17 or 18 years and studying in sixth form at St Mary High School, when I got the call. I wanted, and would still love to go, into real estate, but when I decided to do ministry, I felt at peace and knew this was my niche and what I wanted.

"Yes, I was drawn to a life of glamour, luxury, and all that, but I had a great appetite for the Bible and word of God, and that made me want to understand the scriptures and expound them to others."

Hemmings' long-term goal is to establish a stronger and deeper bond between the local community and his church, which was founded in the 1930s by US missionaries.

He explains: "The vision is to be a practical church that reaches out to the community. Over the years, we have focused a lot on the spiritual side and personally, I think we've missed things socially and need to strike a better balance."

However, to accomplish his objectives, Hemmings acknowledges that he must address the biggest problem facing the people of Highgate: limited employment and wealth-creation opportunities.

He said: "I think people have become disenchanted with church because they see it as place for those who have already attained or progressed. People don't believe church can take them from where they are onto another level.

"Economics is a major issue in Highgate because people don't see how religion can help them financially. Money has become the new god, and so people are asking: 'How can religion help me, and what difference is it going to make in my life?'

"I think those are real issues we have to address. We have to be more deliberate, practical, and honest with people because they want to see faith and God making sense.

"Even though we are in a rural area, through the TV and Internet, we're still affected by urbanisation and so whereas people used to come out for Sunday night meetings, now there are other possibilities and attractions."

Looking ahead, Hemmings hopes to raise funds to construct a social housing project and a communal recreation area for the young people in his community.

He said: "I'd like to build a small park in Harmony Hall, somewhere adults can cool out and children can play safely because there is nowhere for the children to play other than in the bush or at the roadside."