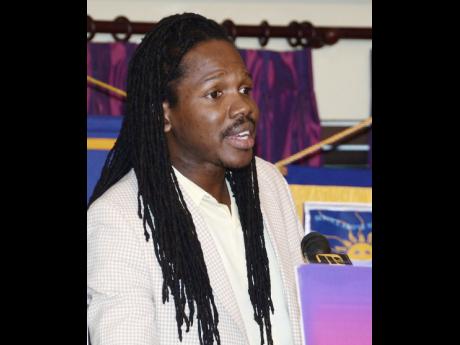 JIS
Crawford ... the renewal of Terrence Williams' contract as head of INDECOM proves that public relations is more important than performance.

Junior government minister Damion Crawford, is continuing his campaign against the Independent Commission of Investigation, INDECOM.

This time he is accusing the entity of only being interested in public relations while failing to fulfill its objectives.

INDECOM was set up in 2010 to investigate actions by members of the security forces that result in death or injury to persons or the abuse of the rights of persons.

However, in a series of social media outbursts in recent weeks, Crawford has attacked the agency and the authorities for allegedly only being interested in public relations.

In a post on Twitter today,  the East Rural St Andrew MP said INDECOM has been in the news frequently but not in relation to the conviction of bad cops.

He says either there are only a few bad cops in Jamaica or INDECOM is incompetent, adding that performance is being sacrificed for public relations.

In a post last week Tuesday, Crawford, the Junior Minister in the Tourism and Entertainment Ministry, said the renewal of Terrence Williams' contract as head of INDECOM proves to him, that public relations is more important than performance.

Last Monday, Williams was sworn in for a second five-year term as commissioner of the oversight body.

In 2013, Crawford called for the closure of INDECOM claiming that the entity had failed to meet its objectives.

Legislators are discussing whether to establish an oversight body for INDECOM, with some critics saying the investigative body has been hampering police efforts to catch criminals.

INDECOM has claimed a major role for the approximately 50 percent fall in police-related killings in 2014 when compared to 2013.