The woman who taught them all 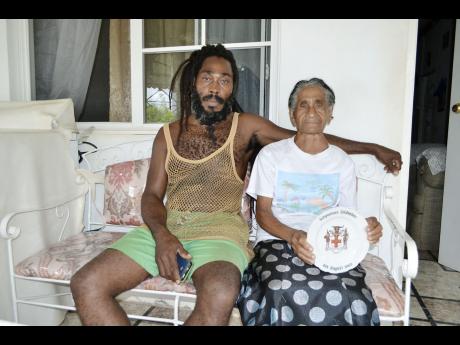 In Cheesefield, St Catherine, if you asked people in their late 40s, and perhaps older, who taught them in basic school, invariably you will be told Miss English.

For decades, Letriana English had laid the educational foundation for hundreds of Cheesefield residents. She has even taught generations of students from the same family, and she is now retired.

Rural Xpress was introduced to Teacher, as she is called, by Mark 'Meally' Hutchinson, one of her former students. Hutchinson, who is in his mid-40s, said English taught his mother.

English, in her late 70s, started to teach from very early. She said, because she was a bright girl, when she was in third class, she taught the second class in which there were boys older than she was. And she and two other girls would sit on the teacher's platform, not with the boys.

Her early teaching experience continued when she started Sunday school, even though she was not a Christian. The basic school she started at her mother's home evolved out of the Sunday school, starting with four students. From there, she moved to a church property. The numbers grew to an average of 90 at a time, as students from surrounding communities would go to her.

She was born in Cheesefield and was brought up as an only child for her mother. She recalled when the main roads in her community were little tracks. On those roads, her past students tread every day, some stopping by to say hello. Two of her past students are artistes Gem Myers and Iba Mahr.

English has no children of her own, but it is said she has been mother and mentor to many. Kemar Brown, one of her past students, and, grandnephew, whom English helped to raise, said she is a "nice", "loving", "gentle" and "caring lady", who might have given him a little pinch when he was misbehaving or a slap on the wrist.

She was a mother to the community, Brown said, and "we would like to say thanks and congratulations". He was supported in his graciousness by Kenroy Parker, who said English was a great teacher who instilled discipline. She is a nice role model for the community, he said, and he is proud of her.

Hutchinson, who, English said, was a bright boy, was also generous with accolades for her. He said, "She is one of the most beautiful persons that I ever met in my entire life."

But despite the compliments paid to her in her presence, English said she would never teach if she had the chance to do it again.