Hurt, but moving on - Trench Town past students pained by closure of the school that shaped them 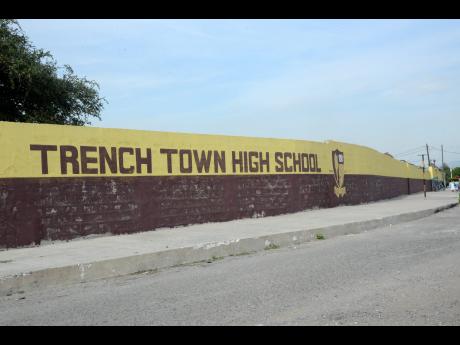 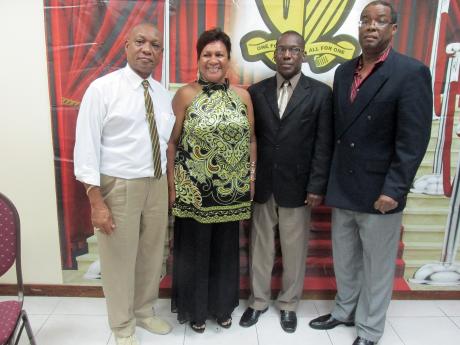 It was given to Jamaica as an Independence gift but, after 53 years, Trench Town High School is no more, leaving some of its illustrious alumni broken-hearted and sad.

The facility is to be transformed into a career training institution while the nearby Charlie Smith High School will accommodate Trench Town students in a merger.

The merger, which takes effect at the start of the new school year this week, was first announced last January as the brainchild of former director of the Jamaica Association of Children with Learning Disabilities, Joan Spencer-Ernandez, who had been enlisted to assist in developing the education programme in the community.

In an effort to assist that education thrust, it was determined that there was a need to concentrate on one location and use the other to meet a need for skills training.

Though initial reports were that students of Charlie Smith would be shifted over to Trench Town High, plans were adjusted after Charlie Smith students and supporters protested that, as the superior institution, it was their school that should remain in operation.

But now the Trench Town alumni say they believe their school could have been saved and left to produce more outstanding sons and daughters of Jamaica.

Attorney-at-law Leroy Equiano, a 1976 graduate, went to Trench Town on a half-scholarship, so the school provided his books, uniforms and lunch.

"It did a lot to someone like me," Equiano declared as he spoke with The Sunday Gleaner during a recent reunion of Trench Town past students.

Equiano was among the first batch of students to be affected by political violence which gripped Arnett Gardens in the 1970s and 1980s, and he remembers that many students abandoned the school to go elsewhere, resulting in small class sizes.

According to Equiano, those students who remained benefited as they received individual attention from their teachers. This special attention resulted in improved examination grades and left Equiano with a lifetime of gratitude for the teachers and the school.

"For me, it is what shaped my life. It is a pity that some persons in the future will not benefit from what we have benefited from. It is a pity, but nothing in life is a constant."

Businessman/consultant Patrick K. Gilles also has fond memories of a school he said allowed "late bloomers" to make significant improvement in their development and become leaders in the school community.

Gilles is peeved with the decision to choose closure over intervention.

"It is my humble opinion that closing what was arguably not the worst urban high school does indict the public education system, and suggest a lack of commitment to students from disadvantaged communities," said Gilles.

According to Gilles, the closure is heartbreaking and no medicine can lessen the pain.

He urged fellow Trench Town past students not to dwell on the closure or give up.

"Stop feeling unhappy and cease hating those who have hurt us," he implored.

"Let the memories of our time at Trench Town inspire us to get up, and stand up on our feet again ... nothing, absolutely nothing, can match the struggle of those of us whose lives have been shaped and forged by having walked through the hallowed halls of Trench Town in challenging and difficult times."

Dr Dennis Grant left the school in 1969, but his connection to his alma mater is as solid as the proverbial Trench Town Rock.

Dressed in khaki pants, khaki shoes, white shirt and school tie, a militant Grant, who now lives in Florida, United States, blamed the closure of the school on politics at many levels.

"We are still alive and well, and we are still rocking, and we are going forward. We will continue to do whatever is necessary to keep this bond together. The physical structure is not open but we are still open," Grant told The Sunday Gleaner.

"It's a sad day in Jamaica when we are closing schools, and the ultimate reality is that we will have to build more prisons. Crime will rise," added Grant.