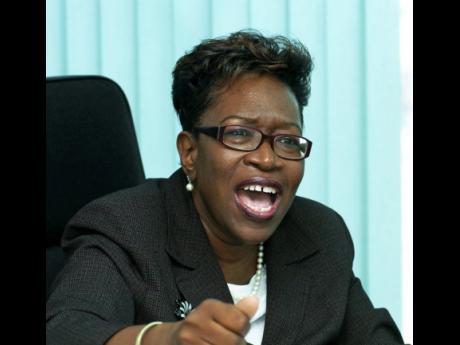 File Photo
Paula Llewellyn says the affected police should go public with the difficulties they face in getting the appropriate resources to do their jobs.

A High Court judge and the Director of Public Prosecutions (DPP) Paula Llewellyn, today joined forces in demanding that the police do more to improve the transportation of prisoners to court.

Judge Gloria Smith and the DPP expressed their frustration at the Home Circuit Court in Kingston following disclosure that only one police vehicle was currently being used to transport prisoners to court.

As a result, several cases have been starting late.

Justice Smith complained that the problem has been long-standing and she has previously reported the issue to the relevant authorities but to date nothing has been done.

According to the judge, the Commissioner of Police Dr Carl Williams knows what to do.

Meanwhile, the DPP says the affected police should go public with the difficulties they face in getting the appropriate resources to do their jobs.

Llewellyn argues that the transportation problems influence the criticisms that the court system is slow and inefficient.

Today's complaints follow those by jurors on Monday who expressed frustration after waiting several hours before cases were finally ready to go before the court.