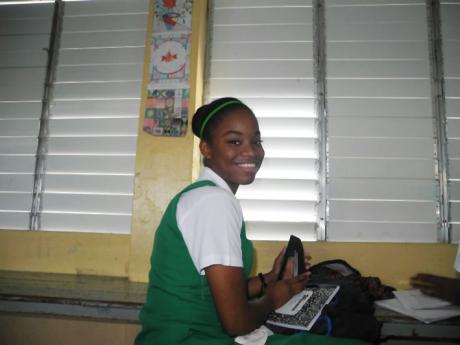 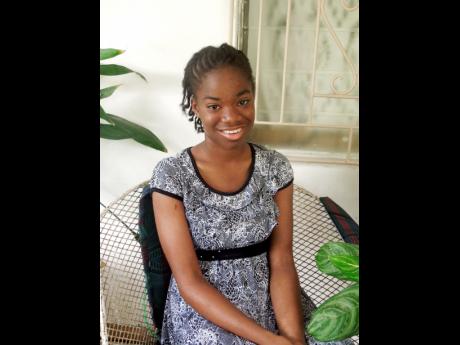 According to the American Stroke Association, an arteriovenous malformation happens when a tangle of blood vessels in the brain or on its surface bypasses normal brain tissue and directly diverts blood from the arteries to the vein.

The fifth-form student of Morant Bay High School brought The Gleaner back to the Thursday when her life was changed forever.

"I was in the computer lab doing my SBAs (school-based assessment) when I made a sound and fell. I hit my head, which caused it to bleed," Akalia said.

Her father, who teaches at the school, was notified and rushed to find out what had happened.

Akalia said she was found in a pool of blood and was taken to the nurse's station, after which she was transferred to the Princess Margaret Hospital in Lyssons, a few minutes' drive away.

Tests and scans revealed that the young lady had a seizure and was diagnosed with AVM.

the brain, so it prevents oxygen from being properly distributed. This means it can result in a stroke or seizure," Akalia said, explaining her diagnosis.

"I have to take the prescribed medication. If I'm off for a day or so, then I can have another attack. I missed two doses and I had another seizure. It's weird because at one moment in my life, I was fine, living without prescriptions, and now my health depends on it. AVM has no symptoms. It just happened," she said.

Now subdued by medication and constant supervision, surgery is Akalia's only hope of recovery.

Akalia's neurosurgeon revealed to her family that there a two measures that can be taken to subdue her AVM. They are an open surgery or a Gamma Knife radiosurgery.

He explained that the former, though done locally, is risky and can cause blindness and stroke.

He, therefore, recommends that they go the route of the radio surgery, which is only performed overseas.

The Neuroscience Centre in Miami was contacted, and after reviewing Akalia's test results, it confirmed that she needed emergency treatment.

With the more immediate and available days for surgery listed in October and November, Akalia's family is trying their best to raise the required $2.5 million.

"My friends are very scared of what may happen. Some always want to be where I am, others are still in disbelief, saying it's not real," Akalia said.

The aspiring architectural entrepreneur and forensic scientist told The Gleaner that she is neither allowed or able to study for too long.

"I can't do anything in excess. I can only study for two or so hours at a time. I can't play football and other contact sports as I'd like. Neither can I enjoy a waterslide if I want to. I can't even watch TV or be on my phone for too long. There are times when I'd want to be alone, to enjoy my own company, but that can't happen either," Akalia said, highlighting that she has to be constantly monitored.

"Though I'm fearful, I just want to get the surgery done so I can return to my normal life," she said.

One of Akalia's teachers launched a site to raise funds for the surgery. Anyone wishing to help Akalia to achieve her dreams may visit the youcaring.com website and look for Akalia Moore's account. Donations can be made there.