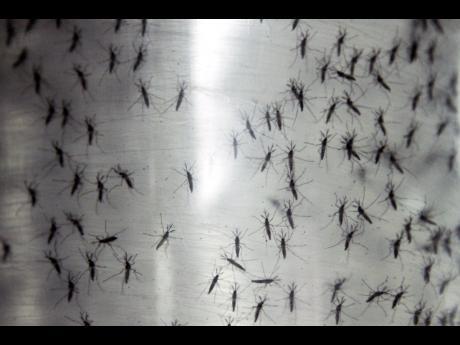 Health Minister Dr Fenton Ferguson is assuring the public that through the regional health authorities, the ministry has stepped-up its efforts to control the increase of the mosquito population across the island, and that the eradication process is being treated with the urgency it deserves.

The ministry says since last week, it has been carrying out a schedule of fogging, oiling and abating of domestic containers.

It says additional resources such as fogging machines, chemicals and funding are now being put in place to allow the regions to facilitate immediate and rapid vector control measures.

As a priority, the Ministry will use the opportunity of the mid-term break in schools for fogging starting on the weekend.

In addition to the efforts by the Ministry, persons are also being advised to be vigilant and take responsibility in protecting themselves from mosquitoes.

When spraying with insecticides persons should focus on vegetation around their homes as this is included in the areas where these mosquitoes generally rest during the daytime. Persons should also cut overgrown vegetation.

The public is also being asked to contact the health department in their parish to report any area that they believe may need to be fogged.